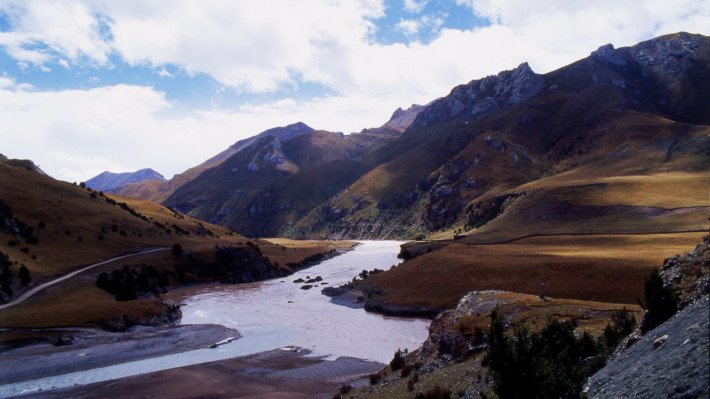 The Mekong is the tenth-largest river in the world. The basin of the Mekong River drains a total land area of 795,000 km2 from the eastern watershed of the Tibetan Plateau to the Mekong Delta. The Mekong River flows approximately 4,909 km through three provinces of China, continuing into Myanmar, Lao PDR, Thailand, Cambodia and Viet Nam before emptying into the South China Sea.

Learn more about the regions of the Mekong River Basin.

In the Upper Mekong Basin in the Yunnan province of China, the river tributaries are small. As the river widens in the Northern Highlands, large tributaries – including the Nam Ta, Nam Ou, Nam Soung and Nam Khan – enter on the Mekong River’s left bank; the Nam Mae Kok and Nam Mae Ing enter on the right bank.

Further downstream in the Khorat Plateau, the mainstream is joined by the gently sloping Songkhram and Mun Rivers on the right bank and the steep Nam Ca Dinh, Se Bang Fai and Se Bang Hiang Rivers on the left bank.

In the Tonle Sap Basin, the Se Kong, Se San, and Sre Pok (3S Basin) are the dominant tributaries entering on the left bank. The Tonle Sap Lake, which drains the Great Lake into the Mekong River during the dry season, exhibits an unusual trait: it reverses its flow during the wet season.

The Mekong Delta begins near Phnom Penh and ends up as a huge fertile flat plain in southern Viet Nam where the largest tributary, the Bassac River, branches away from the Mekong River. The Mekong and Bassac Rivers split into a number of smaller distributaries, forming an area known as the “Nine Dragons.”