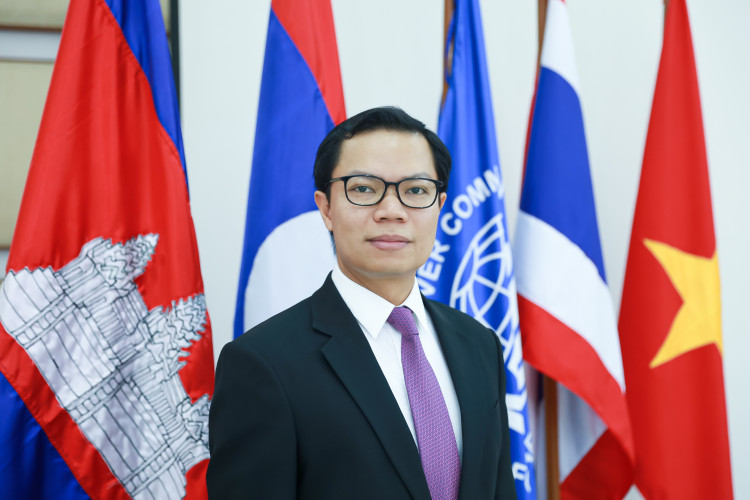 Dr Anoulak Kittikhoun is the Chief Executive Officer (CEO) of the Mekong River Commission (MRC) Secretariat. He was unanimously selected by the MRC Joint Committee and appointed to the office on 17 January 2022 by the MRC Council of Ministers, representing the governments of the four MRC Member Countries of Cambodia, Lao PDR, Thailand and Viet Nam. He is the 3rd Riparian CEO, the 8th CEO overall, and the first from Lao PDR.

Dr Anoulak will lead the MRC Secretariat headquartered in Vientiane and its flood and drought management centre in Phnom Penh, to support the  implementation of the Mekong Basin Development Strategy (BDS) 2021–2030 and MRC Strategic Plan (SP) 2021–2025. During his term from 2022 to 2024, he is determined to facilitate cooperation among Member Countries, Dialogue Partners, Development Partners, and other stakeholders, further uplift the MRC into a world-class international river basin organization that is efficient and innovative, and maintain and build partnerships to serve these two endeavors.

Prior to his appointment as the CEO, Dr Anoulak led the MRC Secretariat’s Office of CEO as Chief Strategy and Partnership Officer from 2016. He was in charge of the MRC’s work on strategic planning, international cooperation and partnership, communication and stakeholder engagement, monitoring and evaluation, and organizational development. He successfully led the formulation and adoption of the BDS 2016-2020 and 2021-2030 and the MRC SP 2016-2020 and 2021-2025. He served as Team Leader of the MRC’s Basin Development Plan Programme from 2012-2016.

Before the MRC, Dr Anoulak, was an international staff of the United Nations (UN) Secretariat in New York, including the Department of Political Affairs (UN-DPA) and the Department of Economic and Social Affairs (UN-DESA). Earlier in his career, he was a researcher at the Ralph Bunch Institute for International Studies (RBIIS), an adjunct professor of international relations at Brooklyn College of New York, and an advisor at the Permanent Mission of Laos to the United Nations.

Dr Anoulak is the co-author of two books: River Basin Organizations in Water Diplomacy, and Small Countries, Big Diplomacy, and has published peer-reviewed book chapters and articles in leading journals such as Theory and Society, International Studies Review and Journal of Hydrology, on topics including the United Nations, conflict management, Lao PDR, and the Mekong. His article on the Lao revolution and geography won the Reinhard Bendix award from the American Sociological Association.

Dr Anoulak received a Bachelor’s degree in commerce and international relations, graduating as an International Valedictorian, from the Australian National University (ANU) and a Master and Doctor of Philosophy in political science and development from the Graduate Center of the City University of New York.

A trained facilitator and mediator, Dr Anoulak is the first Tedx speaker in Lao PDR and has spoken at international conferences, missions, and expert group meetings in over 30 countries, contributing to dialogue, diplomacy and peace, development, and advancement of knowledge and practice in international rivers governance and management.