» Home » About » Mekong Basin » Climate
Back

The climate of the Mekong River Basin ranges from high-altitude continental and temperate in the upper basin to tropical monsoonal in the lower basin.

In the Upper Mekong River Basin, some of the taller peaks of the Tibetan Plateau are glaciated. In fact, much of this part of the basin is snow-covered in the wet season with sub-zero temperatures. During the dry season, average temperatures remain low at around 13°C. In China’s Yunnan province, the climate is more temperate.

The climate of the Lower Mekong River Basin is classified as tropical monsoonal and is dominated by the Southwest Monsoon, which gives rise to wet and dry seasons of approximately equal length. The monsoon season lasts from June to November, with heavy rainfall in most of the basin. The dry season from December to May is cooler with low rainfall in most areas, except for the Mekong Delta in Cambodia’s Kratie province and in Viet Nam.

The distribution of mean annual rainfall over the basin follows a distinct east-to-west gradient. The rain-soaked uplands in Lao PDR and Cambodia receive up to 3,000 mm of rainfall per year, compared to 1,000-1,600 mm on the semi-arid Khorat Plateau in northeastern Thailand.

The countries of the Lower Mekong River Basin are among the most vulnerable in the world to climate change. While the impact of climate change is difficult to forecast, below are projections for the Mekong River Basin for the next 20 to 30 years, based on a downscaled global climate model, a procedure to take information known at large scales to make predictions at local scales: 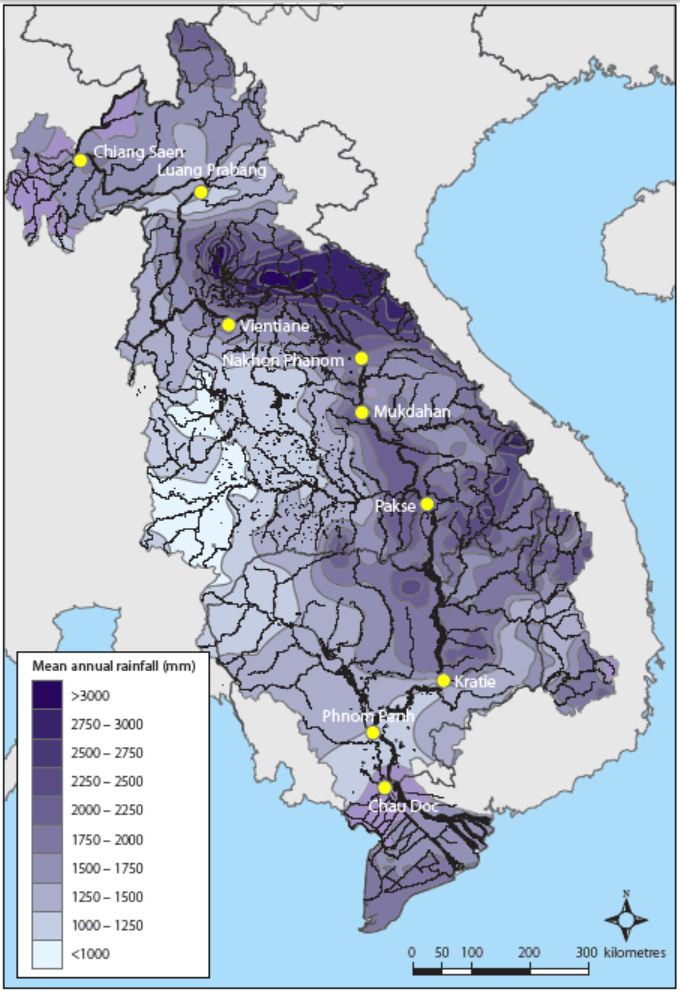