The Mekong River Basin encompasses a vast range of geographic and climatic zones. As a result, it is endowed with diverse and abundant natural resources. Among the world’s river basins, only the Amazon possesses a greater diversity of plants and animals. On average, an astounding 15,000 m3 of water flows into the Mekong mainstream from the surrounding basin area every second – enough to meet the daily needs of 100,000 people. The water irrigates large tracts of forest and wetlands that produce building materials, medicines and food and serve as habitats for thousands of species.

A large part of the Mekong River Basin falls in the area identified as the ‘Indo-Burma biodiversity hotspot’, which has been described as one of the most important regions of the planet in terms of biology. A broad variety of ecosystems are present in the region, including mixed wet evergreen, dry evergreen, deciduous and montane forests, shrub lands and woodlands on karst limestone outcrops and mangroves. Non-timber forest products provide an important source of income for rural people and supply markets, with a vast array of plant and animal products, including foods, medicines and dyes. 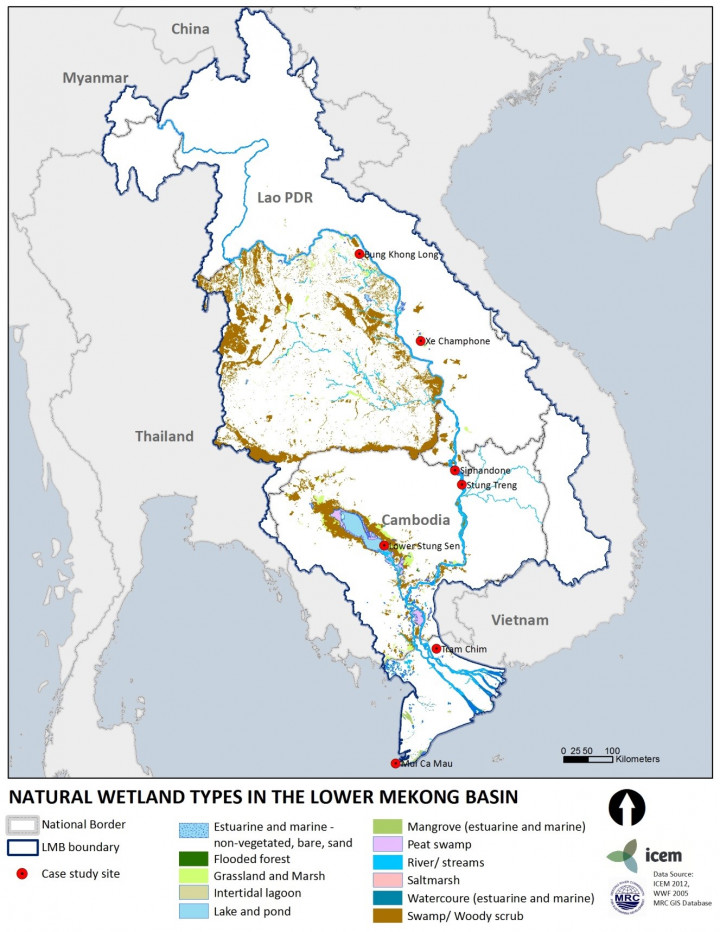 Wetlands in the Lower Mekong River Basin. (click to zoom)