In spite of progressive urbanisation and emerging secondary and tertiary economic sectors, food security for about 65 million people in the Lower Mekong River Basin (LMB) is still dependent on rice and fish. Rice is the main supplier of energy and plant protein in the diet and fish supplies a range of important micronutrients and animal protein.

In terms of fish biodiversity, the Mekong River is home to more than 1,100 species, including the world’s largest freshwater fish, with its annual catch of 2.3 million tonnes. The MRC estimates that the economic value of capture fisheries in the LMB is worth around USD 11 billion per year. The largest fish catch occurs in the extensive floodplain in central Cambodia.

Fish contributes 81% of the population’s protein intake in Cambodia and 48% in Lao PDR. The Mekong inland fisheries also provide employment and constitute a safety net, especially for poor households in rural communities. In Cambodia and the Mekong Delta in Viet Nam alone, almost 7 million people derive their livelihoods from fisheries and aquaculture. In Cambodia, some 30% of the population is estimated to be employed in the sector. This means any substantial irreversible damage to ecosystems in the region may lead to severe food shortages.

As the population of the LMB is predicted to grow to over 100 million by 2025, dependence on fisheries is set to increase. Accelerating economic development and increased consumption are also placing pressure on fisheries. The MRC 2018 State of the Basin Report shows a reduction in fish catch per unit effort (CPUE) in several areas in the LMB. A reduction in large and medium-sized species are resulting in catches dominated by small fish species. These changes could be interpreted as signs of overfishing. Other reasons for the changes in catch rates and fish size could include reduced sediment and nutrient transport to floodplain areas important for fish productivity, and the disruption of fish migration routes due to water infrastructure developments, such as hydropower.

Recognising the need to maintain fisheries and aquatic resources in light of development pressures in the basin, the lower Mekong countries have prioritised fisheries monitoring in order to understand current and emerging trends.

To complement the longstanding monitoring work, the MRC initiated the Joint Environment Monitoring (JEM) programme in 2017 to monitor possible impacts from the Xayaburi and Don Sahong Hydropower projects. Through the JEM, additional fish abundance monitoring sites will be included on the mainstream Mekong in the vicinity of the proposed hydropower projects. Monitoring data from these sites will provide information about the direct impacts of hydropower operations on fisheries and (in combination with information from hydrological and sediment modelling) provide insights into how the LMB is responding at a basin scale to hydropower and other development activities.

In addition, the technical guidelines for fish passage monitoring will be applied in the current fisheries monitoring programmes for assessing the effectiveness and efficiency of fish passage facilities installed at the dam sites.

The JEM complements implementation of the Mekong Basin-wide Fisheries Management and Development Strategy (BFMS) 2018-2022, which encourages dialogue, understanding, and learning to foster the sustainable development of fisheries and aquatic resources in the LMB. 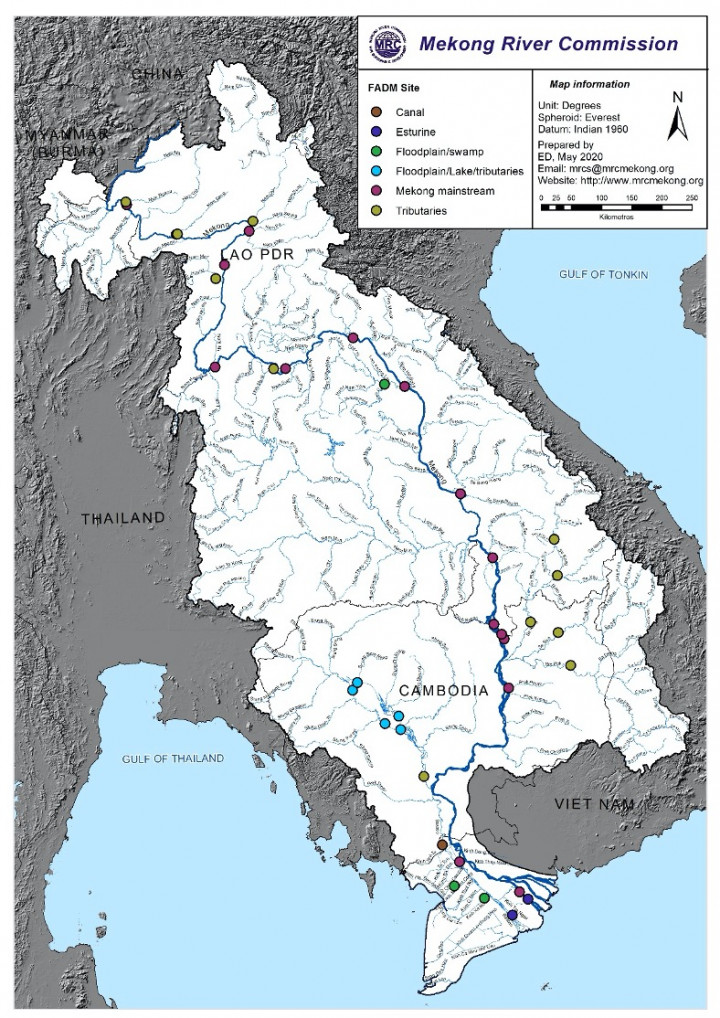 Data from the MRC’s fisheries monitoring contributes to a wide range of planning and implementation activities, including:

Click here for more information about the MRC’s support for the sustainable management of the Mekong’s inland fisheries.