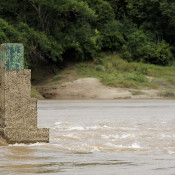 The Mekong River Commission monitors the Mekong river daily, including water level, water quality, as well as flood and drought forecasting. Our data affirms that Typhoon Doksuri (Doksuri) is the main contributor to the rising water level in the Lower Mekong Basin (LMB). 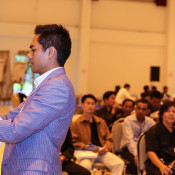 Lessons from Bilateral Water Cooperation Shared with Stakeholders in Thailand

15 September 2017, Sakon Nakhon, Thailand – Frequent dialogue to understand each other, attention to different needs of the concerned countries, and strong commitment to joint actions are some of the main lessons learnt from bilateral projects of water cooperation among the four Mekong countries of Cambodia, Lao PDR, Thailand and Viet Nam, according to a public regional forum organised by the Thai National Mekong Committee. 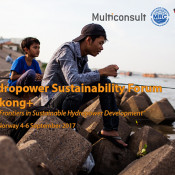 7 September 2017, Oslo, Norway – On 4-6 September, stakeholders of hydropower-interest groups gathered in the Norwegian Capital at a forum themed “Mekong+ New Frontiers in Sustainable Hydropower Development”. The forum explored sustainability policies, guidelines, and safeguards as the core of project planning and implementation in a growing number of investment portfolios, or so called ‘New Frontiers’ in hydropower development. 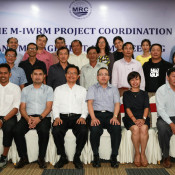 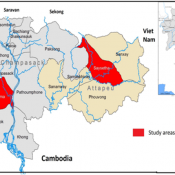 In an effort to develop a joint fisheries management plan for the Mekong and Sekong river basins along the border, fishermen in Cambodia and Lao PDR have begun monitoring migratory fish species in both rivers to develop a fisheries database. 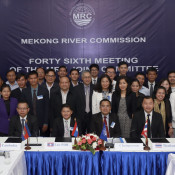 Mekong River Commission (MRC) Joint Committee (JC) gathered for three days, from 22 to 24 August 2017, to discuss on several important issues with the focus on the implementation of Ho Chi Minh City Declaration and Mekong -Langcang Cooperation. The first three days were devoted to the meetings of the JC (the 46th meeting) and the fourth day for the 20th Dialogue Meeting with upstream partners of China and Myanmar. 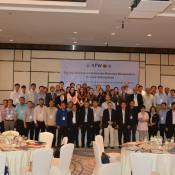 The Mekong region has witnessed considerable deterioration of watersheds from war, logging, mining, population growth, hydropower and irrigation development, and clearing of terrestrial and flooded forests for agriculture. Some areas of the Mekong basin have lost over half of their original forest cover leading to soil erosion, flash floods, and a decline in the provision of ecological goods and services. 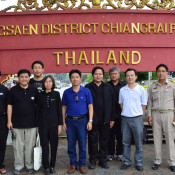 A delegation of Chinese hydrological experts visited national Mekong committees in Cambodia and Thailand from 24 to 31 May 2017. Led by Mr Kuang Jian, Division Director for Bureau of Hydrology, Ministry of Water Resources (MWR) the delegation consisted of six experts from the MWR, Nanjing Hydraulic Research Institute and the Bureau of Hydrology for Yunnan Province. 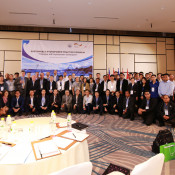 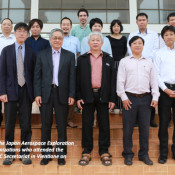 The Lower Mekong Basin is at greater risk to climate change with extreme weather events such as typhoons and heat waves and is also more vulnerable to floods and droughts that can affect people’s livelihoods and reduce agricultural productivity, especially in the downstream catchments of the Mekong River. While future impact of climate change is difficult to forecast, projections for the Mekong River Basin, like flood and drought forecasting, is paramount.