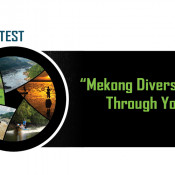 Vientiane, Lao PDR, 7 July 2017 – The Mekong River Commission (MRC) today launches a regional photo contest entitled “Mekong Diversity through Your Eyes” for amateur photographers of all ages who are citizens and residents of Cambodia, Lao PDR, Thailand and Viet Nam. 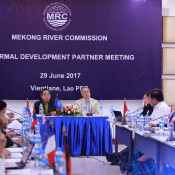 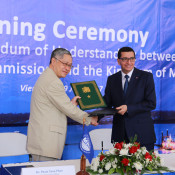 29 June 2017, Vientiane Capital, Lao PDR – Today, the Mekong River Commission (MRC) signed a Memorandum of Understanding (MOU) with the Kingdom of Morocco. As part of South – South cooperation, Morocco is the first Arabic and African partner of the MRC. 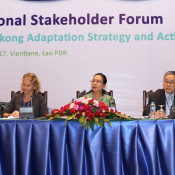 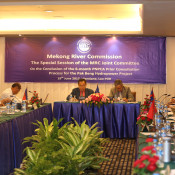 Viet Nam’s Minister of Natural Resources and Environment Tran Hong Ha recently visited Lao PDR to meet with Lao Minister of Natural Resources and Environment Sommad Pholsena on the Mekong River Commission prior consultation for the Pak Beng Hydropower Project. They were joined by the Chief Executive Officer of Mekong River Commission Secretariat Pham Tuan Phan who was invited to participate and delivered a statement at this important event held on 12 June 2017. Both ministers seat on the MRC Council, the policy making body of the Commission. 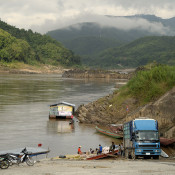 Official consultation on the Pak Beng Hydropower Project in Oudomxay Province of Laos, a major infrastructure project on the Mekong mainstream, is approaching the end of its six-month prior consultation (PC) process of the Mekong River Commission (MRC). During this period, a lot have been happening from technical reviews of the project to regional as well as national consultations. Data and information submitted from developers were imperfect, but considerable value-added factors were realised throughout this water diplomacy process. MRC member countries and stakeholders have raised their views that would form the basis of a joint action plan for further dialogue and engagement to make the project minimise and mitigate potential adverse transboundary impacts. 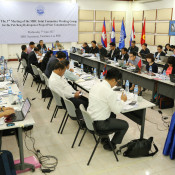 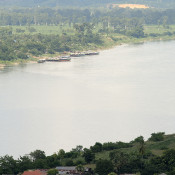 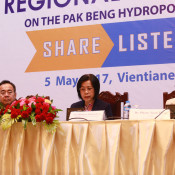