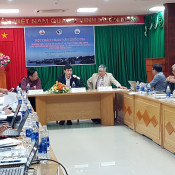 On 13 March 2018, a briefing on results of the Study on Sustainable Management and Development of the Mekong River Including the Impact of the Hydropower Development Projects - known as the ‘Council Study’ ,was organised in Ho Chi Minh city, Vietnam by Vietnam’s Ministry of Natural Resources and Environment (MONRE) through Vietnam National Mekong Committee (VNMC) and Mekong River Commission Secretariat (MRCS). Deputy Minister Tran Quy Kien participated and chaired the meeting together with Director General of the VNMC Le Duc Trung and MRC CEO Pham Tuan Phan. 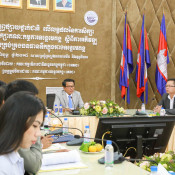 Phnom Penh, Cambodia, 5 March 2018 – A team of specialists from the Mekong River Commission Secretariat reported key findings from the MRC’s flagship study to more than 60 representatives from Cambodia National Mekong Committee and its line ministries and agencies at a national high-level briefing and dissemination meeting held in Phnom Penh late last week. 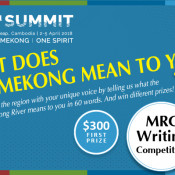 Media Release: MRC Launches Writing Competition for Mekong Citizens ahead of Summit – What Does the Mekong Mean to You?

Vientiane, Lao PDR, 15 February 2018 – The Mekong River Commission (MRC) today launched a regional writing competition in which citizens and residents of all ages from Cambodia, Lao PDR, Thailand and Viet Nam can enter and stand a chance to win different prizes. 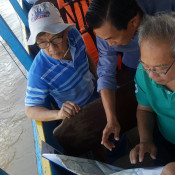 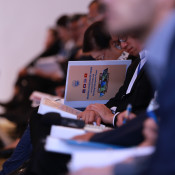 Reporting Findings and Results from the Council Study to Member Countries

The Study on the Sustainable Development and Management of the Mekong River, including impacts by mainstream hydropower projects – known as the ‘Council Study’ was conducted by the Mekong River Commission (MRC) from 2012 to 2017. Following a number of technical consultations at the regional and national levels, as well as stakeholder feedback at open forums, the final report is being refined for publishing in mid-February 2018. 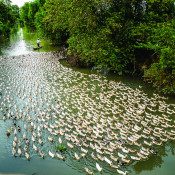 08 February 2018 , Office of the Secretariat in Vientiane

The exhibition of winning images of the Mekong River Commission’s (MRC) first photo contest, concluded on 31 January 2018, helped increase awareness of the Mekong’s water resources and the necessity for regional cooperation for better management of the river basin. 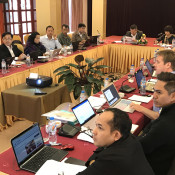 Hanoi, Viet Nam, 2 February 2018 – A bilateral provincial body, a technical expert group, and an emergency response planning team will form the core of bilateral cooperation mechanisms between Cambodia and Viet Nam along the border provinces, say representatives of both countries working on cross-border water management issues in the Mekong Delta and the Sesan – Srepok rivers basin. 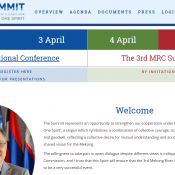 Vientiane, Lao PDR, 26 January 2018 – The Mekong River Commission launched its official website for the 3rd Summit and International Conference today and called for contribution and participation to the events. The Summit, which will be held on 5 April 2018 in Siem Reap, Cambodia, brings together the Prime Ministers of the Member Countries — Cambodia, Lao PDR, Thailand, and Viet Nam — as well as high-level delegations from MRC Dialogue Partners, China and Myanmar, to address the prevailing challenges and optimizing opportunities facing the Mekong River and its people. 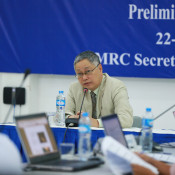 Vientiane, Lao PDR, 24 January 2018 – Forty-five representatives from the Mekong countries and hydropower developers and consultants met in Vientiane this week to discuss guidelines for mitigating environmental impacts and managing risks from hydropower projects in the lower Mekong basin (LMB).