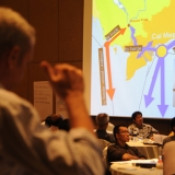 21 November 2014, Siem Reap, CAMBODIA—The Mekong River is globally important and complex and is ripe for balanced joint development that reduces risks, enhances benefits and protects the environment. These were some of the key messages from the Mekong River Commission’s basin development planning regional forum. 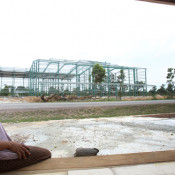 19 November 2014, Vientiane, LAO PDR—The Mekong River Commission (MRC) will hold a regional forum on 20–22 November 2014 in Siem Reap, Cambodia to involve stakeholders in the updating of its Basin Development Strategy. 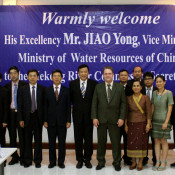 China commits to continue and enhance cooperation with the MRC

Vientiane, Lao PDR, 7 November 2014—China’s Vice Minister of Water Resources, H.E. Mr. JIAO Yong, yesterday expressed the goodwill of his country to continue and enhance the cooperation with the Mekong River Commission (MRC) during his visit to the MRC Secretariat in Vientiane, Lao PDR. 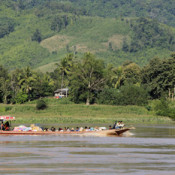 29 September 2014, Vientiane, LAO PDR—Mekong water levels have remained below flood levels within the last week despite rainfall in Southern China and the Lower Mekong Basin. Following a request for information on their planned dam operations, China’s Ministry of Water Resources has informed the MRC that no extreme water releases are planned that would cause floods in the downstream reaches of the Mekong. According to Chinese authorities any discharges will be appropriately controlled below a volume of 4,500 cubic metres per second. So far monitored discharged rates from the Jinghong dam are far below the rate of 7,000 cubic metres per second which is what the MRC’s modelling simulations suggest could cause overflows downstream. In the event of a significant alteration in their reservoir operations, the Chinese authorities will inform the MRC in advance. 15 September 2014, Vientiane, LAO PDR—Rainfall volume and the current release of water from the Jinghong dam in China in the past weeks have not triggered flood concerns in the downstream reaches of the Mekong River for the upcoming week, and water levels along the Mekong banks in the upper parts of Thailand and Lao PDR are still below flood levels, according to initial analysis of the Mekong River Commission. 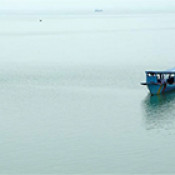 The Mekong River Commission (MRC) has published a technical paper highlighting the benefits of cooperation and the role of river and aquifer basin organisations in managing transboundary basins. The publication, entitled Cooperation for Water, Energy and Food Security in Transboundary Basins under Changing Climate, is based on the International Conference of the same name held in Ho Chi Minh City, Viet Nam from 2-3 April 2014. It is a collection of case studies and the views shared by international experts and participants on three key issues: sustainable development, climate change adaptation in a transboundary context and benefits of cooperation. 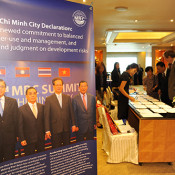 BANGKOK, Thailand, 26th June 2014—Ministerial delegates from the Mekong River Commission Council (the MRC Council) today reaffirmed the organisation’s relevance as a regional cooperation platform as it agreed on key issues including the acceleration of the Council Study, a decentralisation reform and the Prior Consultation process for the Don Sahong Hydropower Project. 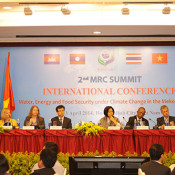