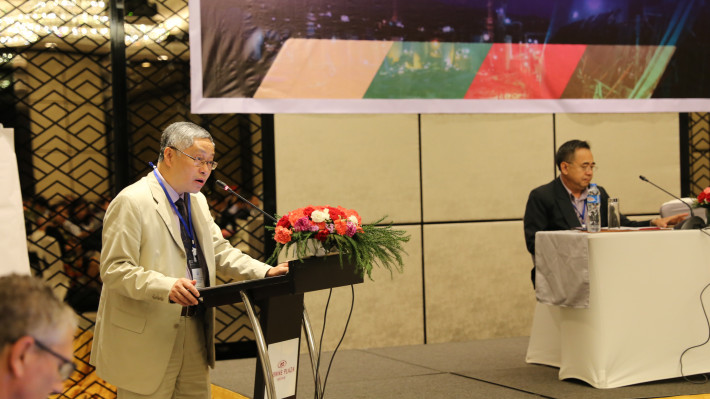 More than 120 representatives from different interest groups gathered at the Mekong River Commission Regional Stakeholder Forum, which was held over two days on 15-16 December. The purpose of the forum was to discuss both the outcomes of the now completed Study on the Sustainable Development and Management of the Mekong River, including impacts by mainstream hydropower projects – known as the ‘Council Study’ – and the update of the commission Preliminary Design Guidance for Mainstream Dams and Sustainable Hydropower Development Strategy in the Lower Mekong Basin. Participants included commission member country governments, development partners, non-governmental organizations, research institutes, the media, and private developers from across the region.

In his opening remarks, Mr. Pham Tuan Phan, the Chief Executive Officer of the Mekong River Commission, emphasized the importance of a collaborative approach: “We are living in a dynamic world with lots of challenges in effectively managing our resources. To make good decisions that can address multiple objectives, involve diverse interests and have far-reaching effects, we need to work together in a spirit of good faith and common benefits. The commission, as a convening platform, always aims to facilitate dialogue based on science that contributes to sound decision making in the Mekong basin.”

The forum is the second specific regional stakeholder forum on the study. The first forum, which was organized in Luang Prabang, Lao PDR, in February this year, offered an opportunity for stakeholders to review the design of the study assessment methods, tools and indicators. This second regional stakeholder forum engaged stakeholders in discussions on the study findings and messages, and elicited their observations and comments, including on how to employ the findings to support sustainable development of the Mekong river. 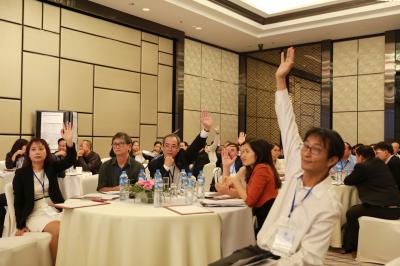 Some of the key findings from the assessments of the countries’ water resource development plans by 2040 include: hydropower will provide nearly half of the combined sector growth, increase navigation potential and trade, reduce wet season flow, and increase dry season flow which could provide opportunities for irrigation expansion and combat salinity intrusion in the Delta. Hydropower benefits all countries, including China, Thailand and Viet Nam that invest in hydropower development in Laos and Cambodia. Water resources development, especially hydropower in both mainstream and tributaries, however will further reduce sediment and nutrient transport downstream, and wild fisheries. Mitigation measures could help reduce the loss in fish in the long term 2040 scenario by 11%. Negative ecosystem impacts are also predicted from the reduction in sediments include the construction of flood-protection infrastructure and barriers to fish migration. Climate change will likely amplify the potential negative impacts.

At the forum, stakeholders exchanged lively debates on the findings, including the large trade-offs between hydropower and fisheries especially in Cambodia, the reduction of the sediments, the effect on poverty, food security, and GDP growth, and the suggested transboundary benefit sharing mechanism. Questions were raised about data limitations, methodological issues and assumptions. Nevertheless, stakeholders pressed the commission to propose specific and actionable recommendations to address the main findings. In turn, the commission invites stakeholders to review the reports of the study which will be released in January next year and to offer their practical recommendations at the International Conference for the 3rd MRC Summit in April 2018. The commission plans to report to Mekong prime ministers about the results of the study as Mekong prime ministers commissioned the study 6 years ago.

The forum also discussed the update of the Preliminary Design Guidance and the Sustainable Hydropower Development Strategy, including how the results of the study will be included in the update. The guidance and the strategy are two key tools among others the commission uses to support countries in avoiding, minimizing and mitigating adverse transboundary impacts and optimizing benefits.

In his opening remarks, Mr. Inthavy Akkharath, Secretary General of the Lao National Mekong Committee, Ministry of Natural Resources and Environment of Lao PDR said, stated that “Lao PDR remains steadfast in fulfilling our responsibilities under the 1995 Mekong Agreement, and in our commitment to cooperating for the sustainable development of the Mekong River Basin, as embodied in that Agreement. As part of that commitment, the Lao PDR, along with the other Member Countries, always stands ready to cooperate with stakeholders, meeting their needs and maintaining the balance for the benefit of the Mekong people,” he said.

The MRC Member Countries’ Prime Ministers agreed at the 3rd Mekong-Japan Summit in Bali, Indonesia, in November 2011, to conduct a study on sustainable management and development of the Mekong River including impacts by mainstream hydropower projects. On 8 December 2011, the MRC Council, composed of representative ministers from MRC member countries, agreed to implement the study, thus the name ‘Council Study’.

The Council Study analysis of development in the Mekong Basins includes hydropower, irrigation, agriculture and land use, transportation, domestic and industrial water use, flood protection and includes climate change. The Council Study team then assesses the impact of these developments on environment, peoples’ wellbeing and economy. Council Study is thus an integrated, cross-sectoral, comprehensive and state-of-the-art study supporting sustainable development in the Mekong Basin focusing on the MRC Member Countries – Thailand, Lao PDR, Cambodia and Vietnam.

The overall objective of the Council Study is to further enhance the ability of the MRC to advise Member Countries on the positive and negative impacts of water resources development of the Basin. The Council Study specific objectives are threefold:

The major knowledge gaps on the environmental, social, and economic impacts of major and near and medium term water and related resources uses in the Mekong River Basin will be addressed and the resulting new knowledge documented in a series of impact assessment reports. In addition, recommendations on how to address the impacts, both in terms of generating new opportunities as well as prevention, mitigation or compensation options will be developed.

The Forum documents are available at https://goo.gl/QRn619

Media release is available in Lao.