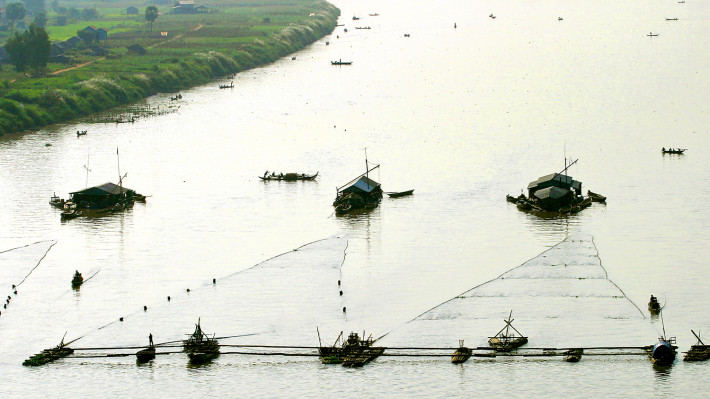 While annual floods have the potential to cause damage to unprepared communities, spoil crops and endanger food security, they also play a vital role in agriculture. Additionally, annual flood pulses sustain the world-renowned productivity of Mekong freshwater fisheries.

The average annual cost of the repercussions of floods in the Lower Mekong Basin (LMB) ranges from US$60 to 70 million, while on the positive side of the ledger, the average annual value of flood benefits is approximately US$8-10 billion. The goal – and challenge – of flood management is to reduce the costs and impacts of flooding while preserving the benefits.

The cost of drought in the LMB dwarfs the cost of flooding. Furthermore, unlike floods, droughts provide no apparent benefit. 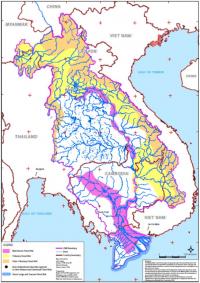 The environmental, social, and economic benefits of flooding in the LMB are greater than in any other river basin in the world. The annual flood pulse drives the basin’s fisheries. Floodwaters are stored for use in the dry season, particularly for irrigation. Flood-deposited sediments improve soil fertility across the LMB floodplains. Finally, floods flush and dilute stagnant and polluted waters, recharge groundwater tables, and maintain river morphology.

Severe flooding can result in the tragic loss of life, damage to agriculture, property and infrastructure, and disruption of social and economic activities throughout the basin. Cambodia and Viet Nam alone commonly account for approximately two-thirds of the region’s total annual flood damage.

Flood preparedness in the Lower Mekong Basin requires coordinated management by all concerned parties. The MRC plays an important role in aiming for basin-wide coordination of flood mitigation activities and encouraging an approach that benefits all Member Countries. During the flood season, the MRC takes data from 138 hydro-meteorological stations to predict the water levels of 22 forecast points on the Mekong mainstream. This information is then disseminated to National Mekong Committees, national forecasting agencies, Civil Society Organisations, the media and the public.

When the river runs dry – drought in the basin

Unlike floods, droughts have less apparent benefits. Drought can result in food and water shortages, loss of income, and higher levels of disease. Droughts are damaging to agriculture, especially rice and can result in a total loss of crops, livestock and fisheries.

Given the relatively high frequency of severe drought in the Lower Mekong Basin, its associated costs are, and will continue to be, greater than those of flooding. In response to the threat of drought, efforts are being made by the MRC and its Member Countries to devise strategies that aim to decrease the vulnerability of people in the basin, especially in agricultural communities.

The MRC provides river-monitoring services, including flood forecasting, to its Member Countries. It also provides facilitation on water and related issues, capacity building, and technology transfer for flooding issues of regional and transboundary relevance.

The MRC created a Flood Management and Mitigation (FMM) strategy in 2001, and in 2005 established the FMM Programme (FMMP), which ran until 2015.

A Drought Management start-up project was established as part of the Information and Knowledge Management Programme in 2010.

The MRC's Technical Division is responsible for flood and drought management activities.