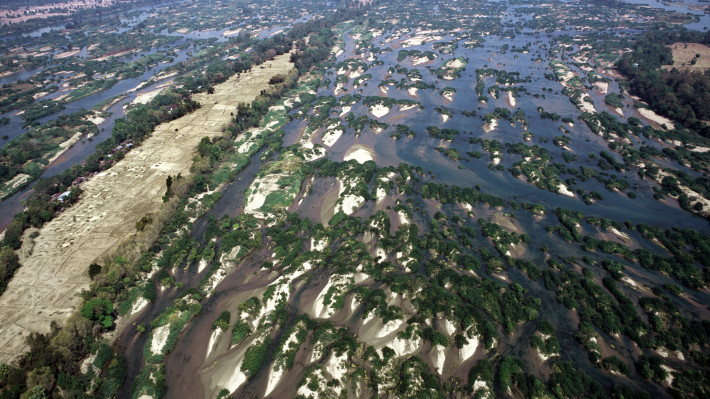 As changes in weather patterns are being felt across the Lower Mekong Basin, the impacts of climate change have become a topic of strong public interest.

Studies show that the basin is vulnerable to several climate change impacts that include a predicted mean temperature rise of approximately 0.8 degrees Celsius by 2030, as well as a regional increase in annual precipitation of 200mm. With more extreme weather events such as typhoons, the basin is more vulnerable to floods and drought, affecting people’s livelihoods and reducing agricultural productivity.

In the Mekong Delta, saltwater intrusion caused by sea level rise is predicted to take a toll on agriculture, aquaculture and capture fisheries. Sea level rise could also result in the displacement of millions of people throughout the Delta.

As global and local concerns about climate change grow, the Mekong River Commission continues its work to better understand how people in the basin can adapt to it. Adaptation initiatives are underway throughout the basin as part of regional and national projects. Most adaptation strategies focus on water resource management, agriculture, and natural disaster management.

Decision-makers and strategists in the Mekong countries are increasingly aware of the effects of climate change and are integrating the issue into their broader policy-making and basin development plans. The MRC actively supports its Member Countries with technical advice and dialogue-based forums to encourage knowledge sharing and foster an understanding of climate change within its transboundary context.

During the MRC's strategic period 2011-2015, the Climate Change and Adaption initiative (CCAI) responded to the member states' call for a collaborative regional adaptation initiative to climate change and its challenges. The goal of the CCAI was to promote “an environmentally sound, economically prosperous and socially just Mekong River Basin, responsive and adapting to the challenges induced by climate change.” Climate change adaptation is one of the priority areas of work in the Basin Development Strategy 2016-2020, and the Strategic Plan 2016-2020.