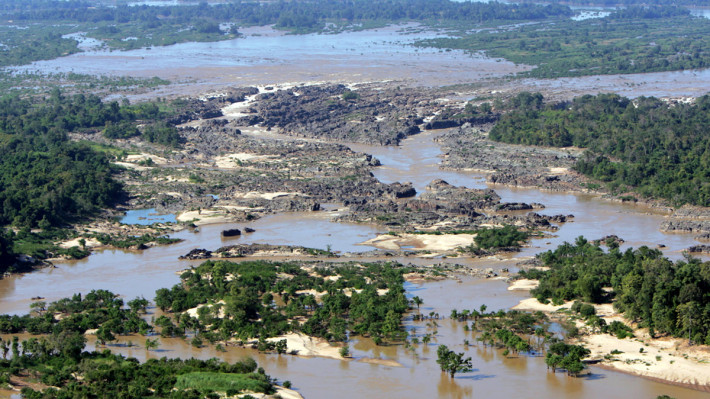 The flood season in the Mekong River Basin lasts from June to November and accounts for 80 to 90% of the total annual flow (MRC 2010). The annual flood season is especially important in the Lower Mekong Basin where it has shaped the environment and its inhabitants.

See the sections on the People and Flood and Drought for more information.

Many of the Mekong’s key ecosystems have developed as a result of seasonal flow fluctuations. The area’s extensive wetland habitats would not exist without the annual flood. Likewise, the life-cycles of many Mekong fish species depend on it. Fish migrate to deep pools in the mainstream to seek refuge during the dry season; later, during the flood season, they migrate back to spawning and nutrient-rich feeding grounds on floodplains.