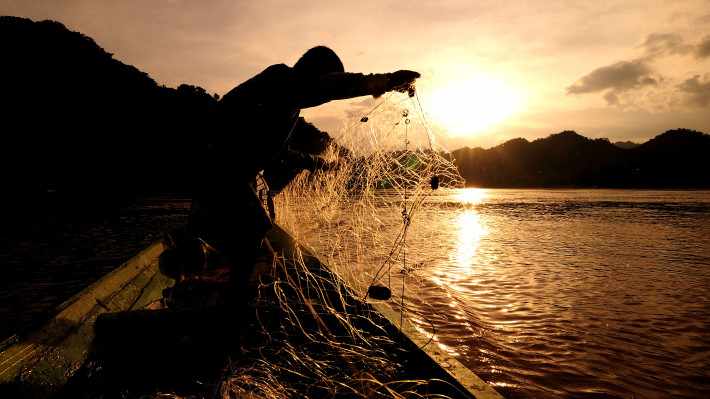 The inland fisheries of the Mekong basin are among the largest in the world and are a lifeline for the people in the region.

Fisheries are a main occupation for the Mekong’s population and provide most people with their primary source of protein. As the population of the Lower Mekong Basin is predicted to grow to over 100 million by 2025, dependence on the fishery sector will increase. If the productivity of the fishery declines, or if fisheries products are contaminated with industrial waste, as observed in many other parts of the world, the consequences could be severe.

Total catches and production from Mekong fisheries (including aquaculture) amounted to about 3.9 million tonnes in 2008, of which about 2 million tonnes was from capture fisheries. Fisheries accounts for nearly 12% of Cambodia’s GDP and contributes more to the country’s economy than rice production. In Lao PDR, the fisheries value is equivalent to 7% of the country’s GDP. Although proportionally less significant to the national economy, the Mekong fishery sectors in Thailand and Viet Nam add well over US$750 million to their GDP each year.

Millions of people rely on subsistence fisheries for food security, and also support tens of thousands of businesses, ranging from the shops and food stalls that supply fishing families to boat builders and fishing gear suppliers.

Capture fisheries make the largest contribution to the Mekong’s fishery sector. Although the total catch appears to be stable from year-to-year, more people are fishing and catches per fisher are lower than in the past. In recent years, fishers report that their catches have been downsized. As more fishers join the industry, many are unable to land the same size of fish as they could in the past.

The recent growth in aquaculture production has been phenomenal. In 2008, production was estimated at about 1.9 million tonnes (Mt), five times more than in 2000. About 1.6 Mt originates from the Mekong Delta in Viet Nam. The production of inland aquaculture in Cambodia, Lao PDR and Thailand is also increasing, but remains less important than capture fisheries.

In the Mekong basin, fish often compete for water to survive. Other sectors such as irrigated agriculture, domestic water supply and industrial use are among fisheries’ main threats. The MRC aims to better protect the river’s fisheries by promoting an integrated approach with other sectors. Together with its Member Countries, the MRC strives to improve fisheries by sharing technical know-how on fisheries management and raising awareness on the sector’s significance for the Mekong’s environment and its people.

For more than a decade, the MRC's Fisheries Programme played a key role in documenting and raising awareness of the size and importance of capture fisheries for people’s livelihoods and food security. The MRC's Environmental Division will continue the Commission's work in this area including a study on fish ecology, productivity and value of capture fisheries, and a basin-wide strategy for fisheries management and development.

Mitigation of the Impacts of Dams on Fisheries: A Primer

Photos of Common Fishes in the Lower Mekong Basin