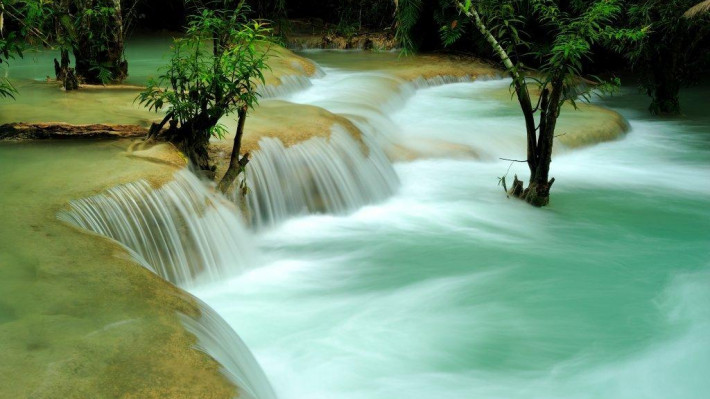 As the world’s tenth largest river, the mighty 4,909 kilometre-long Mekong River is home to unique, rich and abundant natural resources including rare species such as Pangasianodon gigas, the Giant Mekong Catfish, and Orcaella brevirostris,the Irrawaddy Dolphin.

Major changes including a decline in capture fisheries, intensive irrigation for agriculture, mainstream development proposals and less predictable climate patterns are driving the Mekong’s environment into a state of uncertainty.

The Mekong River Commission’s focus on specific areas such as flood and drought management, climate change adaptation, fisheries, wetlands and watershed management has brought about country-driven strategies that not only aim to protect the environment, but also help people adapt to environmental uncertainties in a more prepared manner.

The Mekong basin is one of the richest areas of biodiversity in the world. Recent estimates of the greater Mekong region’s bio data include approximately 20,000 plant species, 430 mammal species, 1,200 bird species, 800 reptile and amphibian species, and 850 fish species, with new species still being discovered.

Despite its abundance, the Mekong’s distinct biodiversity is threatened: large-bodied fish species, in particular, appear to be declining, including the critically endangered Giant Catfish. Many important bird habitats have suffered due to wetland drainage, overgrazing, peat mining, reservoir construction, pesticide use, and changes to agricultural practices. The Mekong Basin is home to some of the world’s most spectacular amphibians and reptiles, but unsustainable hunting and trading practices have decimated many of these populations.

The wetlands of the Lower Mekong Basin provide unique and irreplaceable habitats for countless species of fish, plants and animals, and essential food and water sources for millions of people in rural communities. They also have many important ecological functions with high economic values attached, such as sediment trapping, nutrient recycling and pollution removal, surface and ground water storage and carbon capture. MRC research on wetlands will arm decision makers with knowledge on how to protect these important ecosystems from the negative impacts of development and climate change, both now and for the future. 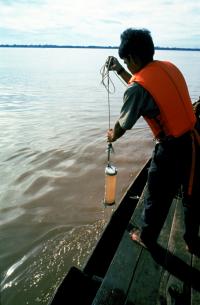 Through its Environment Programme, the MRC assisted its Member Countries fulfil Article 3 on the protection of the environment and ecological balance and Article 7 on the prevention and cessation of harmful effects of the 1995 Mekong Agreement. The programme ended in 2015 but during the strategic cycle 2016-2020, the Environmental Management Division will continue to work in areas related to environmental analysis and assessment, support of environmental management planning, water quality, ecosystem, wetland, watershed, fisheries and environmental monitoring.