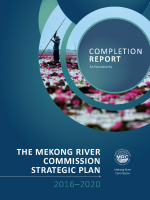 The Completion Report 2016–2020 presents the MRC’s key
achievements in terms of the completion of outputs, the achievements of outcomes and financial performance during the five-year implementation of the MRC Strategic Plan 2016–2020 and its Annual Work Plans. It also includes the lessons learned from that period, and how they formed the basis of the next planning cycle – the Basin Development Strategy 2021–2030 and the MRC Strategic Plan 2021–2025. 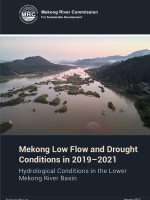 This technical report unravels the underlying drivers of the extremely low flows and drought based on an analysis of the available data the MRC has collected. Based on the findings, it suggests potential measures to address and mitigate the impacts of the hydrological droughts and storage on the Basin’s people. 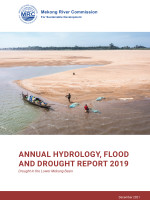 This paper reports on the condition of the Basin in 2019, including its hydrology/water flow, flood and drought. The year saw recorded unprecedented flow conditions in the Mekong mainstream and from tributaries. Erratic climatic fluctuations were also found, ranging from extreme dry to extreme wet within short periods of time. The report ends with key recommendations, looking forward. 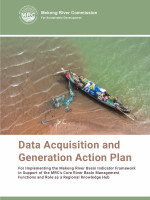 This Data Acquisition and Generation Action Plan (DAGAP) has been developed to provide a clearer direction to the Member Countries and the MRC Secretariat on the data requirements necessary to implement the Mekong River Basin Indicator Framework (MRB-IF). It details the mechanisms that need to be put in place and systematically implemented to acquire and/or generate data to ensure the next State of the Basin Report will not have the same data gaps of previous reports. 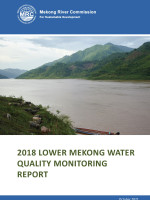 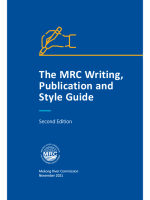 The MRC Writing, Publication and Style Guide contains guidance on common problems of English grammar, spelling, hyphenation, capitalization, document referencing, in-text citations, and bibliography organization. First published in 2007, this second edition of the Guide is intended for creators of MRC’s documents and publications, including MRC Secretariat’s staff members and consultants as well as external users who need a style guide. 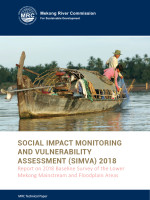 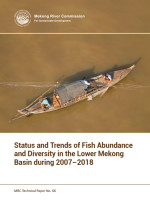 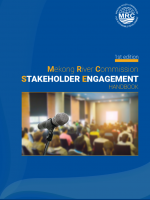 This handbook provides guidance on the principles and practice of stakeholder engagement within the MRC’s cooperation context. It spells out the different types of stakeholders, the engagement mechanisms and channels, and the related access and dissemination of information. It aims to contribute to increasing the understanding of the MRC’s principles and approaches in working with diverse stakeholders who have interests and concerns over the development and management of the Mekong River System. 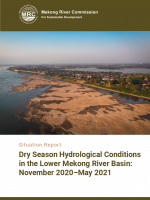 This Situation Report presents a preliminary analysis of the Lower Mekong River Basin hydro-meteorological conditions over the 2020–2021 dry season. It shows fluctuations in water levels in the upper reaches of the Mekong mainstream in Lao PDR and Thailand, as well as low water volume stored in the Tonle Sap Lake. Rainfall in April–May was the highest on record for these months for the last 18 years in places. Overall, flows in the Mekong in the first five months of 2021 were also higher than the long-term average, except for December 2020 where flows in the Mekong mainstream were closer to normal. But river flows did not increase significantly.