Vientiane, Lao PDR, 11 August 2016–The Swiss government, through its Swiss Agency for Development and Cooperation (SDC), has granted more than US$7 million to the Mekong River Commission to implement its overall work, which covers areas such as climate change and adaptation, flood and drought management; and sustainable hydropower.

The financial agreement was signed by Tim Enderlin, SDC’s Director of Cooperation Laos and the Mekong Region, and Pham Tuan Phan, Chief Executive Officer of the MRC Secretariat, at a ceremony in Vientiane.

“We made this decision because we believe in the MRC. We believe that MRC’s ongoing strategic and institutional reform processes to strengthen its profile as the regional platform for water diplomacy are moving in the right direction”, said Tim Enderlin from SDC.

The contribution is part of a recent wave of donor funding to support the MRC’s work as it implements its new five-year strategic plan (2016-2020) under a different organisational structure that operates within a new financial system known as the “basket fund”. The system allows the MRC Secretariat to use existing funds for any of its prioritised activities, therefore addressing emerging needs timely and improving the implementation of projects that benefit more than 60 million people in the region.

“We are delighted to continue our enhanced cooperation with Switzerland for the implementation of the MRC Strategic Plan 2016-2020”, said PhamTuan Phan, CEO of the MRC Secretariat, adding that the Commission will focus on four key areas such as, strengthening regional cooperation, improving monitoring and communication of conditions in the basin, enhancement of national plans and projects; and turning the MRC into a leaner, more efficient river basin organisation.

The government of Switzerland has been one of the main development partners of the MRC and the new agreement is a sign of the government’s trust and commitment to the organisation’s work in regional cooperation and sustainable development.

Switzerland has granted so far more than US$11 million to the MRC for activities related to flood management and mitigation, the study on sustainable management and development of the Mekong River, and basin development planning.

In September, Switzerland will take over the Chairmanship of the tri-national group that coordinates the 15-member Development Partners Consultative Group of the MRC, which discusses matters related to donor funding, organisational support, budgeting and planning.

The MRC is the intergovernmental body responsible for cooperation on the sustainable management of the Mekong Basin whose members include Cambodia, Lao PDR, Thailand and Viet Nam. It serves as a regional platform for water diplomacy as well as a knowledge hub of water resources management for the sustainable development of the region. It is not a supra-national or regulatory body. The commission looks across all sectors including sustaining fisheries, identifying opportunities for agriculture, maintaining the freedom of navigation, flood management and preserving important ecosystems. Superimposed on these are the future effects of more extreme floods, prolonged drought and sea level rise associated with climate change.

Switzerland has been a strong supporter of the MRC since the signing of the 1995 Mekong Agreement until 2005, and then again from 2011–2015. It is currently providing about US$500,000 to the multi-donor Trust Fund for the implementation of the “Council Study” on the transboundary effects of major water and related resource uses in the Lower Mekong Basin. SDC is also a Standing Member of the newly established Budget Committee of the MRC that oversees budget planning and expenditures. 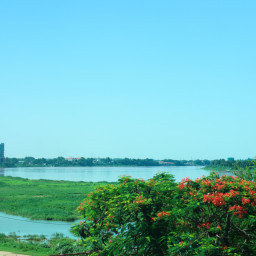 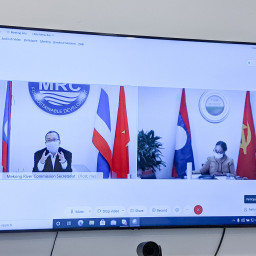 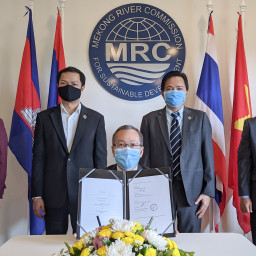