Vientiane, Lao PDR, 9 October 2019 — The Mekong River Commission’s Joint Committee Working Group (JCWG) for the Procedures for Notification, Prior Consultation and Agreement (PNPCA) has agreed on the official starting date of a six-month prior consultation process for the 1,460-megawatt Luang Prabang hydropower project proposed on the Mekong mainstream in Lao PDR.

The JCWG — whose members are senior technical representatives from Cambodia, Lao PDR, Thailand and Viet Nam and who acts as an advisory body to the MRC’s governing body Joint Committee in implementing the PNPCA — announced the decision at the end of their first technical meeting yesterday in Vientiane. The group set 8 October 2019 as the kick-off date.

“The Commission is informed by scientific studies about both significant benefits of hydropower development and its potential negative transboundary impacts. The prior consultation enables the notified states, potentially affected communities and related stakeholders to have detailed information about the proposed project, review it and raise their legitimate concerns on possible cross-border environmental and socio-economic consequences of the project,” said Chairperson of the Meeting Dr. Truong Hong Tien, who is also the Deputy Director General of the Viet Nam National Mekong Committee. 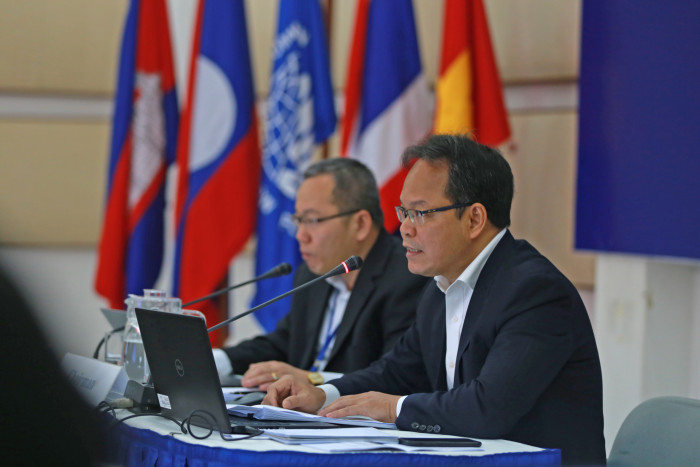 Chairperson of the Meeting Dr. Truong Hong Tien (right), who is also the Deputy Director General of the Viet Nam National Mekong Committee, addresses the one-day meeting in Vientiane.

The prior consultation will involve two regional stakeholder forums and national stakeholder meetings in the three notified countries to discuss and document legitimate concerns that will be presented to the Joint Committee, along with other types of information for their discussion and evaluation of the project. A field trip to the Luang Prabang dam site and surrounding area will also be arranged for interested stakeholders during the six-month process.

The first forum “8th Regional Stakeholder Forum” will devote a day on 6 November 2019 to share more information about the project, including a panel of the MRC Joint Committee Members and CEO to hear and reflect on views from the public. This is part of the MRC’s commitment to continually improve stakeholder engagement process.

In addition to the regional public consultation, an online platform is available for stakeholders to submit their comments and suggestions on the project to the MRC: http://bit.ly/33b19tF. Submitted comments will also be provided to the Joint Committee — a body consisting of four Member Countries’ representatives at the head of department level where the consultation takes place — as part of the prior consultation.

Dr. An Pich Hatda, Chief Executive Officer of the MRC Secretariat, noted that “the prior consultation is not a process to seek approval for a proposed project. Rather, it is a platform for Cambodia, Thailand and Viet Nam, as the notified countries, to raise issues of concern on potential effects that the project may have on their territories, with technical review and analyses facilitated by the MRC Secretariat”.

“The process is also an opportunity for Lao PDR who proposes the project to better understand the concerns and consider measures to address them,” he added.

The MRC’s technical review will evaluate the project against the MRC Preliminary Design Guidance for Proposed Mainstream Dams in the Lower Mekong Basin (PDG 2009) and will identify gaps, if any, in the project documents submitted by Lao PDR and provide recommendations if needed.

Moreover, the Secretariat and Member Countries could use, as agreed by the JCWG, the current draft version of the updated PDG 2019 to recommend good practices to improve the project, especially on hydrology, socio-economic impacts and other aspects the developer had mentioned in the feasibility study. 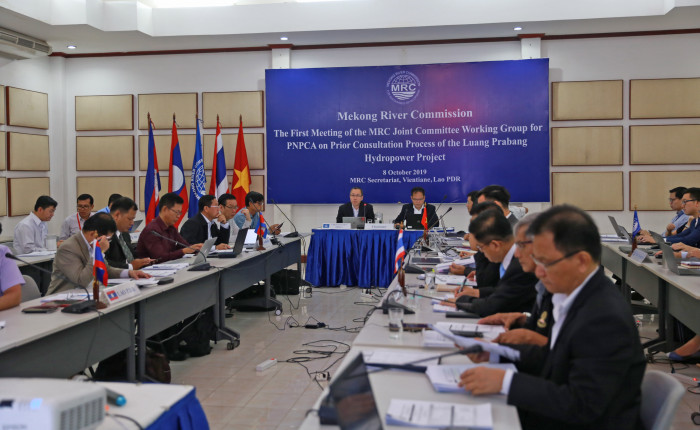 The timeframe for the prior consultation process is six months, but it could be extended, if required by the Joint Committee. All available data and information of the project, including environmental and social impact assessments and engineering documents, is available on the MRC website for public access on this dedicated webpage: http://bit.ly/35ktEqr.

“The prior consultation is a living process with room for improvement where positive aspects can be built on. It is a living practice of widely promoted international water law. To help improve the process, regardless of one’s views about the project itself, I highly encourage and call on all interested stakeholders to contribute to the discussion, have your voices heard and officially documented,” Dr. Hatda said.

The MRC is an intergovernmental organisation for regional dialogue and cooperation in the lower Mekong river basin, established in 1995 based on the Mekong Agreement between Cambodia, Lao PDR, Thailand and Viet Nam. The organisation serves as a regional platform for water diplomacy as well as a knowledge hub of water resources management for the sustainable development of the region.