» Home » News and Events » Media Releases » Mekong levels rise to normal, while more rainfall is in forecast
Back

Vientiane, Lao PDR, 30 April 2020 – Water levels across the vast majority of lower Mekong basin have now returned to their normal long-term averages, says the Mekong River Commission (MRC). But they are still lower than those of the 2018 and 2019 dry seasons.

According to the MRC’s water monitoring, early rainfall across the Mekong region in April contributed to putting back the Mekong River levels to their normal state.

“The region has seen quite a good amount of rainfall since the third week of April even though its total accumulated amount is only at an average level,” Dr Lam Hung Son, the MRC Secretariat’s Head of Regional Flood and Drought Management Center, said. 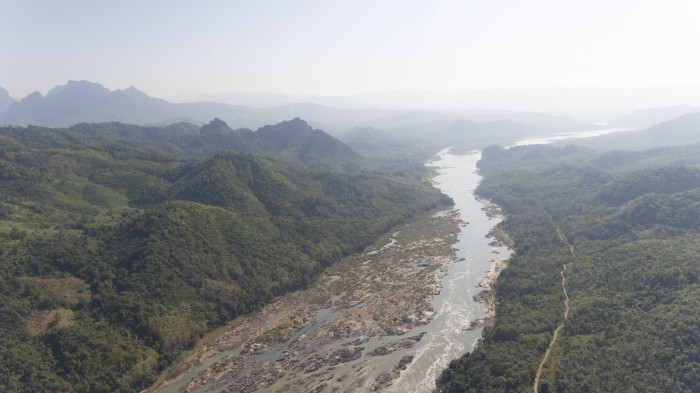 Rocky outcrops were exposed along the Mekong River section in Luang Prabang in December last year, as the water level reached low

For example, in Thailand’s Chiang Saen – the most upstream monitoring station in the lower basin – today’s water level is 3 metres or 1.20 higher than its average level. In Lao PDR’s Vientiane, the current level is slightly over 2 metres, while its average level is 1.13 metres.

In Cambodia, the water levels in Stung Treng, Kratie and Kompong Cham are all above their average levels. The river levels at Chaktomuk, Phnom Penh Port and Prek Kdam are all within their averages.

In Viet Nam’s Mekong Delta – Tan Chau on the Mekong River and Chau Doc on the Bassac River – the water levels are still fluctuating around their averages due to tidal effects.

The 2019 drought has since June brought the Mekong water level across the basin to a record low, lower than ever recorded since measurements began 60 years ago. The effect is still felt in many places in the basin which is now making a transition to the wet season.

“Due to the effect of last year’s extreme low flows in the Mekong mainstream, the water levels during this year’s dry season are still lower than those of 2018 and 2019,” Dr Son said, adding that the situation is gradually improving.

More rainfall is in forecast, bringing life to drought-stricken areas

According to the MRC, moderate to heavy rainfalls are expected across the four lower Mekong countries during May – July 2020. Cambodia, Lao PDR and Thailand are likely to receive more rain than Viet Nam.

Drought forecast for the lower Mekong basin from May to July 2020 shows that the basin is getting wetter. Cambodia, Lao PDR and Thailand are likely to receive more rain than Viet Nam.

The Mekong region, the MRC said, is now being affected by a transition between the El Nino and La Nina phenomena, a switch between the warming phase of the sea surface temperature and the cooling phase in the Eastern Pacific Ocean. Such a transition, it added, has caused the rain to come a bit earlier than usual but with an uneven distribution.

“We are expecting a wetter condition and more rain over the next three months. However, people should also be careful as downpours and flash floods could come any time, resulting in possible damages to properties, crops and even lives,” Dr Son said.

Based on the MRC’s forecast that looked at both a probability and degree of drought and rainfall occurrences, rainfalls will be uneven during May-July 2020 across Cambodia, Lao PDR, Thailand, and Viet Nam.

May appears to be dry across the four countries. But in June, Cambodia and Thailand are expected to receive more rainfall than Lao PDR and Viet Nam. In July, an excessive amount of rainfall is forecast for Cambodia, Lao PDR and Thailand, while a little less for Viet Nam .

With the three-month combined rainfall forecast, the conditions in Cambodia, Lao PDR and Thailand appear to be wetter than in Viet Nam, as the three countries are likely to receive more rain. 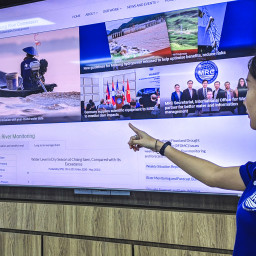