Vientiane, Lao PDR, 22 February 2019 – A summary of recommendations and suggestions of proposed impact mitigation and risk management measures and a final draft technical review report (TRR) of the Lao PDR’s proposed Pak Lay hydropower project were among the key topics that the Mekong River Commission (MRC) Joint Committee Working Group (JCWG) for the Procedures for Notification, Prior Consultation and Agreement (PNPCA) deliberated today in Vientiane during its third and last meeting.

The summarized recommendations and suggestions and the TRR are among the most important documents the Working Group has prepared to submit to the Joint Committee, the policy-implementing body of the MRC, for its consideration at the end of the six-month prior consultation process.

“The Working Group needs to ensure the concerns of all the member countries and relevant stakeholders are fairly reflected and that the technical review report is fair, robust and scientifically sound,” said Dr. Le Duc Trung, Chair of the JCWG meeting and Chairperson of the MRC Joint Committee, as he opened the meeting. 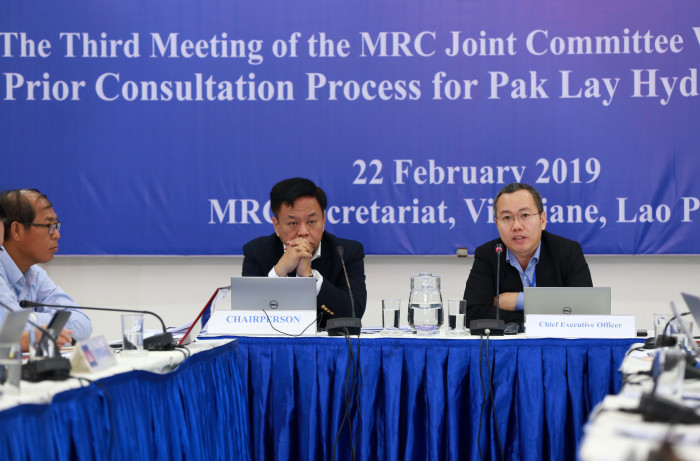 The summarized recommendations and suggestions, which include four categories such as technical procedural advice, use of data and information, infrastructure, and potential transboundary impacts, cover all the facets of the technical review process.

For example, the technical procedural advice recommends referring to the alignment with the MRC’s Preliminary Design Guidance for Proposed Mainstream Dams in the Lower Mekong Basin (PDG) 2009 and/or other relevant regional and international guidelines on project design and Environmental and Social Impact Assessment (ESIA) to limit potential risks.

Also, the recommendations on potential transboundary impacts underpin the commitments made with signing of the 1995 Mekong Agreement, and Lao PDR is suggested to exhaust all efforts and avenues to implement the measures.

“All these recommendations contribute to the commitment to make every effort to avoid, minimize and mitigate possible harmful effects as reflected in the 1995 Mekong Agreement and with careful consideration on feedback from stakeholders,” CEO An Pich Hatda told the meeting. “They are also intended to further build on the existing cooperation and confidence among the member countries.”

The meeting also tabled for discussion the first and second regional stakeholder forum reports, including recommendations from stakeholders’ on ways to improve the proposed project. There was also deliberation on reports from final national review findings and outcomes of national meetings on the proposed project that the member countries have gathered.

The meeting agreed that a Special Session of the JC will be convened tentatively late March or early April 2019 in Vientiane. The Session will mark the end of the six-month prior consultation process, at which time the JC is expected to issue a Statement which will pave the way for the development of a Joint Action Plan on the proposed 770-MW Pak Lay hydropower project.

The Lao government on 13 June 2018 notified the MRC Secretariat of its intention to undertake the formal process of prior consultation on the Pak Lay hydropower project, the fourth Mekong mainstream dam to be submitted to the prior consultation. 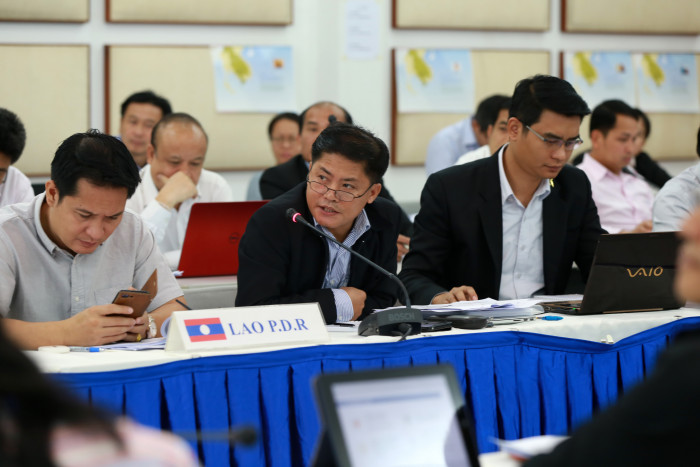 The project’s total investment cost is estimated at USD2,134 million with the construction expected to start in 2022 and the commercial operation to begin when the construction finishes in 2029. Power China Resources Ltd and China National Electronics Import-Export Corporation are named as the developer, according to the official notification documents from Lao PDR.