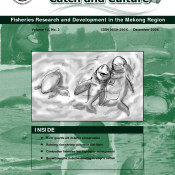 The Mekong Dolphin is an icon of the region, symbolising the vitality and spirit of the Mekong River, but unfortunately it is now only found in a few areas of the river and is considered an endangered species. Therefore it is good news that the Cambodian government is taking some firm action on protecting these important cetaceans by introducing a river guard system, training local people to become guardians of the dolphins living in their stretch of the river. 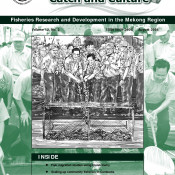 For many years the migratory habits of some of the Mekong's largest fish have fascinated scientists. Now a group of researchers from the Mekong Wetlands Biodiversity Programme (of which the Mekong River Commission is a partner) and the National Geographic Society have joined forces to undertake a yearlong study into these fishes and their migration paths and spawning sites. But there is something special about this study - it will be the first attempt to use underwater biotelemetry to track fish movements in the Mekong. 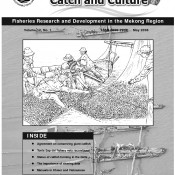 There’s something exciting happening in Chiang Khong in Thailand. Exciting that is for the Mekong giant catfish. The members of the Mekong Giant Catfish Association have agreed to stop catching the endangered fish in and instead to try to help conserve it. The area around Chiang Khong is where the Thai-Lao stretch of the Mekong meets Myanmar, and traditionally the local people have, for one month of the year, tried to catch the giants as they migrate upstream to spawn. 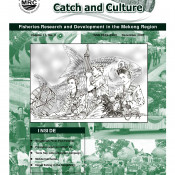 Everyone knows Mekong catfish and barbs can grow to enormous sizes. But until last October no one had set eyes on anything like the 12 monstrous species that descended on Nakhon Phanom in northeast Thailand. Up to eight metres in length, some were larger than the trucks they were hauled in on. Of course, on closer inspection, they were found to be false fish, with scales and fins constructed of paper, plastic and other materials. 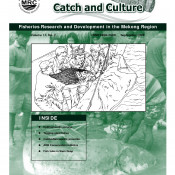 New hydro-acoustic surveys recorded in the stretch of the Mekong in southern Lao PDR and northern Cambodia are providing fisheries scientists with previously unseen images of fish life in some of the river's deepest pools. 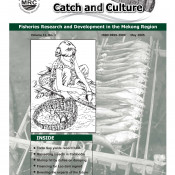 The catch in 2004-05 from the dai fishery in the Tonle Sap was the largest for 10 years. The high flood
contributed to the increased catch,but other factors must also be involved. 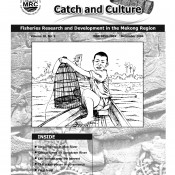 The fisheries of the Lower Mekong Basin are undoubtedly essential to the tens of millions of people who rely on fish as their main source of food and income. Indeed, it has been estimated that the current yield of fish and other aquatic animals from the Lower Mekong Basin is about 3 million tonnes per year. This is a resource of immense importance. 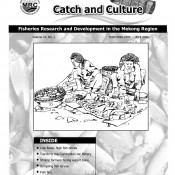 Fish catches from Cambodia's dai fishery reached a record low this season. While dry conditions were partly to blame, there are other worrying factors. The commercial dai fishery is a small part of the total Cambodian fishery, but often serves as a useful indicator of the overall situation - which is now poised to become a major policy issue for Cambodia and its neighbours.

It's been a dry year on the Mekong, with water levels similar to 1992, a hydrological drought year. Around this time of year, the Tonle Sap starts to flow back into the Mekong - the famous heartbeat of the Mekong in action.

This is a good time to be talking about fisheries in the overall context of regional water resources management. For the first time in an international declaration on water, the importance of inland fisheries has been noted.