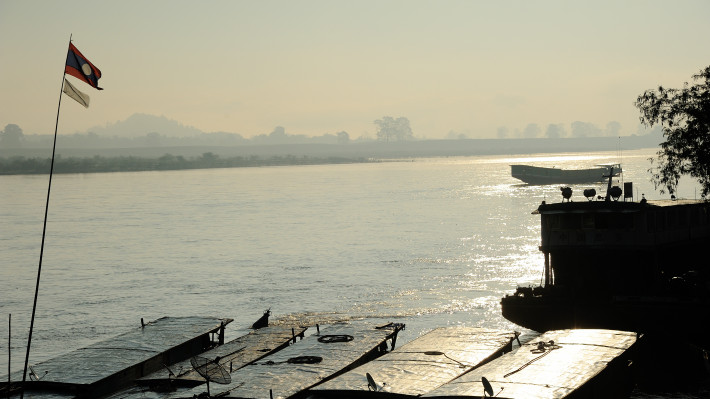 Water flow from China’s Jinghong station to fluctuate, but no major impact is expected

Vientiane, Lao PDR, 3 July 2019 — The outflow of water from the Jinghong hydropower station in China’s Yunnan province will be fluctuating from 5 – 19 July 2019, according to an official notification from China’s Ministry of Water Resources being copied to the Mekong River Commission Secretariat today. But with more rain in forecast and the wet season already starting, no major worrying trend is anticipated.

The water flow arrangements are made to accommodate the “grid maintenance” at the Jinghong hydropower station, the notification said. The Jinghong dam lies on the upper part of the Mekong River (known as the Lancang in China) in Yunnan province.

Dr. An Pich Hatda, MRC Secretariat Chief Executive Officer, said the Secretariat appreciates this type of notification by China, as it is “useful and helpful to downstream countries and communities to prepare for any possible risks and to maximize their productivity along the Mekong mainstream”.

According to the MRC’s forecast water level, only some of those stations located on the Mekong mainstream between Lao PDR and Thailand would experience some decrease of water levels as a result of the water flow arrangements at the Chinese side.

For example, Thailand’s Chiang Saen may see approximately 0.45 meters of its water level decrease from 7 to 11 July. As the water flows downstream from 9 – 16 July, the water levels from Luang Prabang to Vientiane of Lao PDR and Nong Khai of Thailand will see some slight decrease from 0.38 – 0.20 meters.

On the other hand, the water levels from Thailand’s Nakhon Phanom to Cambodia’s Chaktomuk will increase from 0.30 – 0.50 meters during 4 – 8 July, mainly due to more rainfall in forecast in the middle and lower parts of the lower Mekong basin.

With the wet season already starting since early June, which is bringing the South Monsoon rainfall to the lower Mekong basin, the known water fluctuation at the Jinghong station should not pose any negative threat to the lower reaches of the Mekong.

Based on a hydrological phenomenon, the inflow contribution of water from the upstream of Lancang-Mekong in China to the Mekong mainstream is about 16% in total during the wet season from June to October. The whole inflow of water into the lower Mekong basin is influenced more by tributaries and a direct rainfall distribution.