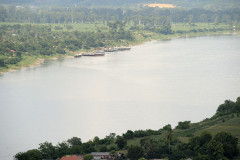 While the picture of the impacts is incomplete, the Mekong River Commission’s (MRC) river monitoring arm points out that these Chinese dams do affect water flows in the Lower Mekong Basin, generally reducing the flow during the wet season and increasing it during the dry season.

Downstream water flow in the dry season increased, easing effects of droughts. Storage dams can contribute to increased flow during the dry season as they discharge water for energy production. For example, the release of water supplement from the Lancang dams eased the regional drought of 2016. The drought resulted in 16% less flows compared to the long term average. However, because of the emergency water releases from the Chinese dams upstream, that increased dry season flows that ultimately helped to mitigate potential impacts of the drought.

A total of 12.65 billion cubic meters of water was discharged from the Jinghong hydropower reservoir during the period of March to May 2016. These releases amounted to between 40 – 89% of flows along various sections of the Mekong River. The emergency water supplement increased water level or discharge along the Mekong mainstream to an overall extent of 0.18-1.53m or 602-1,010m3/s.

If these emergency releases did not occur, flows would have been 47% lower at Jinghong, 44% lower at Chiang Saen, 38% lower at Nong Khai and 22% lower at Stung Treng. This additional flow has also alleviated salinity intrusion in the Mekong Delta. 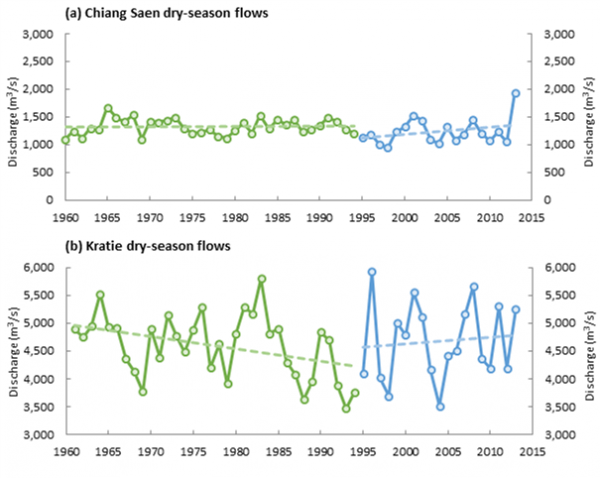 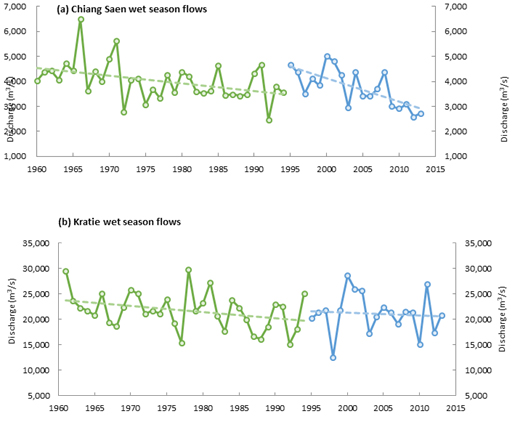 In short, while the Mekong communities could be concerned about the adverse effects of Chinese dams on such issues as sediments and fisheries, these dams have not reduced the flows downstream during the dry season.

The Mekong River Commission (MRC) is the intergovernmental organisation established to promote cooperation on the sustainable management of the Mekong Basin whose members include Cambodia, Lao PDR, Thailand and Viet Nam. The MRC acts as a platform for water diplomacy and regional cooperation in which member countries share the benefits of common water resources despite different national interests, and address transboundary pressures in the basin. It also serves as a knowledge hub that promotes regional cooperation and policy-making based on scientific evidence.

The MRC provides river-monitoring services, including flood forecasting, to its Member Countries. The MRC created a Flood Management and Mitigation (FMM) strategy in 2001, and in 2005 established the FMM Programme (FMMP), which ran until 2015. A Drought Management start-up project was established as part of the Information and Knowledge Management Programme in 2010. The MRC Secretariat, headquartered in Vientiane, operates the Flood Management and Mitigation Center in Phnom Penh.

The MRC and China have been exchanging hydrological data during the annual flood season since 2002. Together with the International Water Management Institute (IWMI), the two sides recently agreed to conduct study on hydrological impacts of the Lancang hydropower cascade on downstream extreme events such as floods and droughts in the dry season.