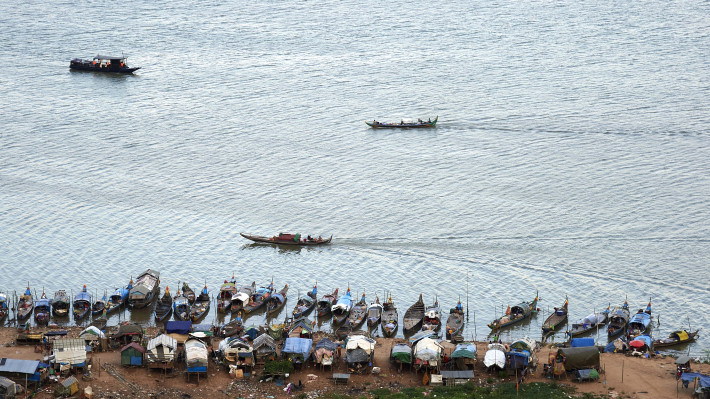 Speaking yesterday at a virtual Lancang-Mekong Cooperation (LMC) Leaders’ Meeting attended by leaders of the Mekong countries, Prime Minister Li said, “Starting from this year, China will share the Lancang River’s hydrological data for the whole year with the Mekong countries.”

“To make effective use of the data for the benefit of all the Mekong countries and their peoples, it will be important to discuss exactly what the data includes and how it is to be shared,” he added.

Since 2003, China has provided the MRC with water-level and rainfall data from two hydrological stations located on the Upper Mekong mainstream, at Jinghong and on a tributary at Manan.

But this data is only shared during the flood season from June to October.

China – which is also an MRC Dialogue Partner – expressed its interest in working with the other five Mekong countries to set up a new data sharing platform under the LMC mechanism.

“We wish to work with you to establish an Information Sharing Platform under this water resources cooperation,” Prime Minister Li said. “The Lancang River originates on the Chinese side, so the Chinese side will play a major role in putting in place a platform that will be fully open to all six Mekong countries.”

The MRCS is well prepared, Dr Hatda said, to support its Member Countries – Cambodia, Lao PDR, Thailand and Viet Nam – in working with China and Myanmar to establish the platform.

However, he urged the four MRC members, all located in the lower reaches of the Mekong River, to capitalise on the Commission’s culture of collaboration and harness the existing, long established platform.

What is missing, he said, is the same level of data and information from the Upper Mekong River Basin that covers China and Myanmar; only limited data is shared by China during the flood season.

“Any future platform development should not overlook the knowledge base and system that the MRC has built and raised over the past six decades since the Mekong Committee was founded in 1957,” Dr Hatda said, explaining that the process of establishing such a platform is “complex, lengthy, costly, and even more difficult to maintain.”

“Any future data and information to be shared by the MRC Member Countries under the LMC framework should be developed in close collaboration with the MRCS so that we can connect the two platforms effectively,” he said.