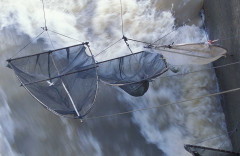 The Mekong River Commission (MRC) received the official notification for a proposed mainstream Mekong hydropower development project in Xayaboury Province from the Government of Lao PDR. The Xayaboury hydropower project would be the first such project on the Mekong mainstream downstream of China and would be capable of generating 1260 megawatts of electricity, mainly for export to Thailand.

In total, six hydropower projects are being proposed for the Mekong mainstream between Chiang Saen and Vientiane. Although preliminary information on the project has been shared earlier among MRC member countries, this notification will, for the first time, trigger the MRC’s Procedures for Notification, Prior Consultation and Agreement (PNPCA) process.

"The prior consultation process is a requirement of the 1995 Mekong Agreement for countries to jointly review any dam proposed for the mainstream with a view to reaching consensus on whether or not it should proceed, and if so, under what conditions. We expect it to take about 6 months to undertake the detailed analysis of all the related issues and for the countries to come to a conclusion,” said Mr. Jeremy Bird, CEO of the MRC Secretariat.

The Xayboury project is however only one of a number of proposed projects for the mainstream and so last year, the MRC commissioned a Strategic Environmental Assessment(SEA) of all the proposed mainstream projects including the effects of dams built and being planned in China upstream.

“The SEA was part of MRC's preparation for the PNPCA process and its final report will be available in early October. It will provide a much-needed analytical framework of the benefits, costs and impacts of the full set of proposals including cumulative impacts and information on the distribution of costs and benefits," said Mr. Bird "The SEA is one of the most extensive studies of its type and will be available in time to inform the discussions of the four countries under the PNPCA process for Xayaboury."

The PNPCA process itself is the formal mechanism in place to enable one or more individual Member Countries to submit an individual project for the 4-country regional consideration. In the case of the Xayaboury dam project, the Government of Lao PDR notified the MRC to begin the PNPCA process. During the Xayaboury PNPCA process, the MRC Joint Committee, consisting of representatives from the four Member Countries, will consult to try and reach a common position on the proposed mainstream dam development. This consultation process is one of a number of protocols in the 1995 Mekong Agreement to promote cooperation in sustainable management of the basin's water resources and avoid regional disputes developing.

As with any major infrastructure project, there will be a consideration of trade offs in benefits and impacts. One role of the SEA has been to consider the extent to which any negative impacts can be avoided, minimised or mitigated. The Joint Committee will consider the developers’ proposals in this regard before coming to its conclusion.
Until now, a number of projects on the tributaries of the Mekong have been considered under the PNPCA notification process, but for the mainstream projects the higher level of interaction among countries through the 'prior consultation' process is needed before any national regulatory approvals are finalised. This distinction reflects the more extensive potential environmental and social impacts of proposed mainstream dams, such as on fish migration and peoples' livelihoods.

The Xayaboury dam is located approximately 150 km downstream of Luang Prabang in northern Lao PDR. The dam has an installed capacity of 1,260 MW with a dam 810 m long and 32 m high and has a reservoir area of 49 km2 and live storage of 225 Mm3. A majority of the power produced from the project will be exported to Thailand. The primary objective of the Xayaboury dam project is to generate foreign exchange earnings for financing socio-economic development in Lao PDR. The developer is Ch. Karnchang Public Co. Ltd. of Thailand who negotiated a tariff agreement with EGAT in July 2010.