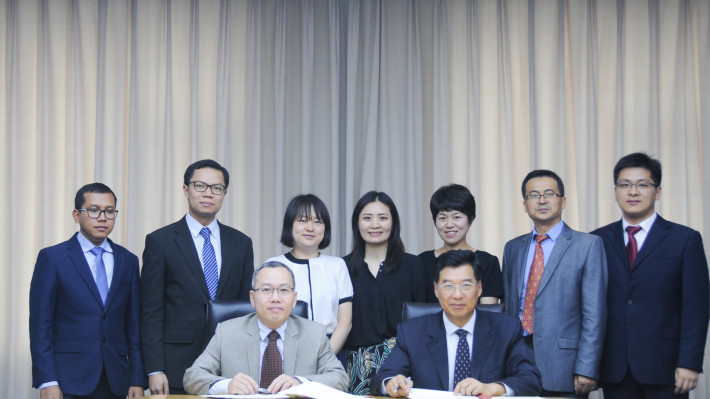 Beijing, China, 19 July 2019 — The People’s Republic of China has agreed to continue sharing hydrological data with the Mekong River Commission, which will contribute to better river monitoring and flood forecasting in the Mekong countries.

The pact was reached this week as China and the MRC agreed to renew their agreement on the provision of hydrological information during the flood season. The MRC Secretariat CEO Dr. An Pich Hatda and the Consul (Director-General level) of China’s Ministry of Water Resources Dr. Yu Xingjun signed the agreement in China’s capital city Beijing on 17 July in attendance of officials from both sides, as part of the CEO’s two-day official visit to Beijing. The CEO also met with senior officials from the Chinese Ministry of Foreign Affairs. 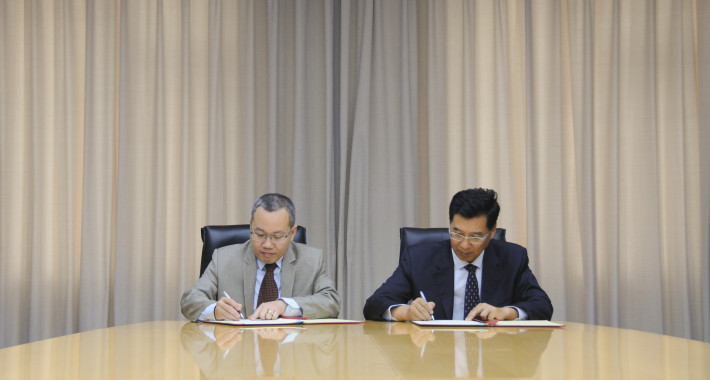 “China attaches great importance to the cooperation with MRC under the principle of friendly consultations and mutual benefit. We recognize that timely and reliable hydrological information in the flood season is crucial to effective and scientific decision-making in flood management and mitigation in the Mekong River,” Dr. Yu said.

Over the last 16 years during the five months of the flood season during June – October, China has shared with the MRC its water-level and rainfall data from two hydrological stations located on the Lancang – Mekong mainstream at Yunjinghong, and on a tributary at Manan.

The near real-time data provided by China has enabled the MRC member countries Cambodia, Lao PDR, Thailand and Viet Nam to strengthen their river water-level monitoring and improve the accuracy of flood forecasting as well as mitigate the negative effects of flooding.

With the renewed cooperation, China agreed to maintain the same period and frequency of hydrological data sharing. The sharing takes place twice a day over five months, starting from June 1st until October 31st, every year.

China, the MRC Dialogue Partner since 1996, also agreed to share any urgent information on any abnormal rise and fall in water level and discharge, and other information on the factors that might lead to sudden flood in the lower reaches of the basin.

“This agreement is another milestone in the China – MRC cooperation. Not only does it demonstrate the significance of enhanced information-sharing between China and the MRC, but also their commitment to continue and increase cooperation,” Dr. Hatda said.

“The availability of information will also enable the MRC to better undertake its role of providing objective and scientific analyses of flood and drought events and improve understanding of the Mekong River basin. We will build on the success of this cooperation in elevating further engagement with China.”

China and other five member countries of the Lancang Mekong Cooperation (LMC) also agreed to grant an “observer status” to the MRC Secretariat to attend Annual Meetings of the LMC’s Joint Working Group on Water Resources – one of the Joint Working Groups under the LMC mechanism consisting of line agencies of the six LMC countries that works directly on water issues. 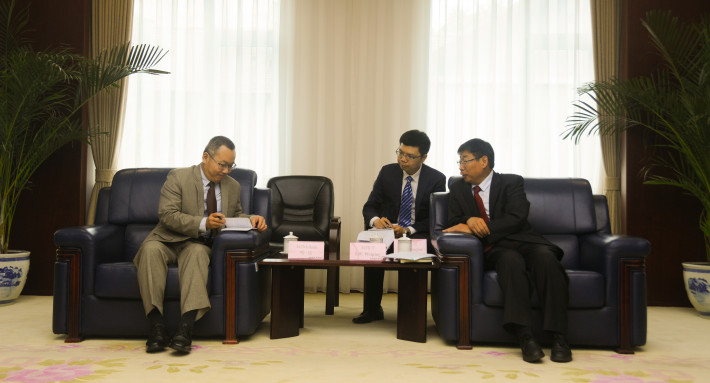 The announcement was made by Mr. Liu Weiping, the Chief Engineer of China’s Ministry of Water Resources, in a bilateral meeting between him and CEO Hatda in Beijing on 17 July.

As the observer in the Joint Working Group, the MRC Secretariat would be able to establish a closer relationship with the Group and to ensure there is information sharing, mutual support and working complementarity between the MRC and LMC.

Both China and the MRC Secretariat further agreed to work together on a high-level visit to China by the MRC Ministerial Council of water and environment from the four countries. Proposed to be held back-to-back with the upcoming LMC Water Ministerial Meeting in December 2019, the visit would afford an opportunity for the MRC Council to discuss and share their view on further strengthening the cooperation among Lancang-Mekong countries and between the MRC and LMC for the people’s well-being and countries’ mutual benefits.

China also welcomed the MRC Secretariat’s invitation to participate in and contribute its expertise to the update of the MRC’s Basin Development Strategy for 2021-2030, a cooperative plan toward joint efforts to address national, cross-border and regional needs, challenges and opportunities.