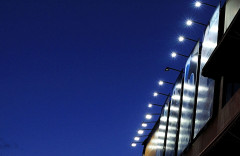 The Council Members, comprising water and environment ministers from Cambodia, Lao PDR, Thailand and Viet Nam, agreed in principle to approach the Government of Japan and other international development partners to support the conduct of further study.

The agreement was made in response to the outcome of a verbal discussion by the four Prime Ministers of the MRC Member Countries—Cambodia, Lao PDR, Thailand and Viet Nam, at the 3rd Mekong-Japan Summit held on the sideline of the 19th ASEAN Summit in Bali, Indonesia in November 2011.

At the Bali meeting, the four national leaders discussed the need for conducting further study for the sustainable management and development of the Mekong River and its related resources.

The four ministers made this conclusion at their annual gathering to discuss the prior consultation process for the proposed Xayaburi hydropower project along with other administrative and management matters.

“The outcome today demonstrates the Member Countries' continued commitment to work together in the regional spirit of the Mekong Agreement to bring about economic development without compromising sustainability of livelihoods of their peoples and the ecology,” said Mr. Kean Hor.

“Further study will provide a more complete picture for the four countries to be able to further discuss the development and management of their shared resources, said Mr. Lim Kean Hor, MRC Council Chairperson and Cambodia’s Minister of Water Resources and Meteorology.

The PNPCA process itself is the formal mechanism in place to enable one or more individual Member Countries to submit an individual project for the 4-country regional consideration. In the case of the Xayaburi dam project, the Government of Lao PDR notified the MRC to begin the PNPCA process.

The Xayaburi dam is located approximately 150 km downstream of Luang Prabang in northern Lao PDR. The dam has an installed capacity of 1,260 MW with a dam 810 m long and 32 m high and has a reservoir area of 49 km2 and live storage of 225 Mm3. The primary objective of the Xayaburi dam project is to generate foreign exchange earnings for financing socio-economic development in Lao PDR. The developer is Ch. Karnchang Public Co. Ltd. of Thailand who negotiated a tariff agreement with EGAT in July 2010.

After the six-month period required for the PNPCA’s prior consultation process, the four Member Countries met to discuss the proposed Xayaburi project at the Special Session of the MRC Joint Committee in April 19, 2011 held in Vientiane, Lao DPR. However, the countries could not come to a common conclusion on how to proceed with the project because there is still a difference in views on the matter. The Joint Committee Members agreed that the matter be tabled for discussion at the ministerial level or the MRC Council.