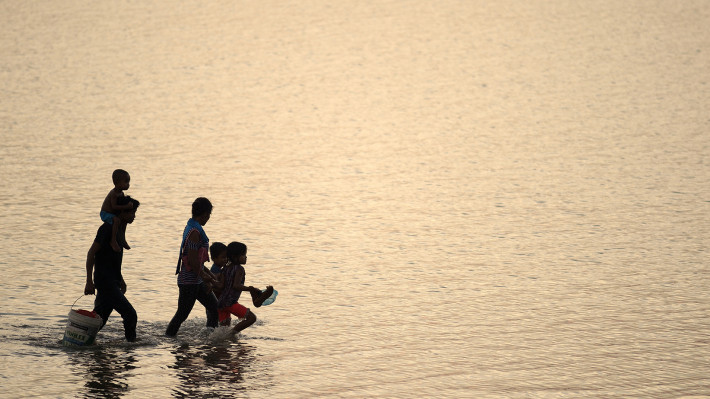 Initial and preliminary analysis for the extent of the water level rise in Stung Treng due to the dam break shows about 20 cm compared to normal condition.

On 23 July 2018, Saddle dam D, one of the five auxiliary dams of the Xe-Pian Xe-Nam Noy Hydropower project in Attapue Province of Lao PDR, failed and unleased flooding of several villages along the Xe-Pian river (5 km from the dam), a tributary of the Se Kong River, which flows into the Mekong mainstream. The distance from the dam to the confluence of the Se Kong and Mekong is about 283 km. Located right below the confluence is Stung Treng in Cambodia with Kratie about 124 km further down. The flood damages to lives and livelihoods in Laos itself have been widely reported. In addition, it was also reported that communities in Stung Treng were evacuated due to the flooding situation.

The MRC, working with our partners, shows below the possible flood maps created through the analysis of data using Synthetic Aperture Radar (SAR) satellite imagery. The image shows inundated areas and its situation caused by the collapsed saddle dam and flooded villages downstream as of 25 July 2018. SAR, attached to PALSAR-2 aboard the ALOS-2, emits microwave and receives reflection from the ground to acquire information and use be used in day or night. 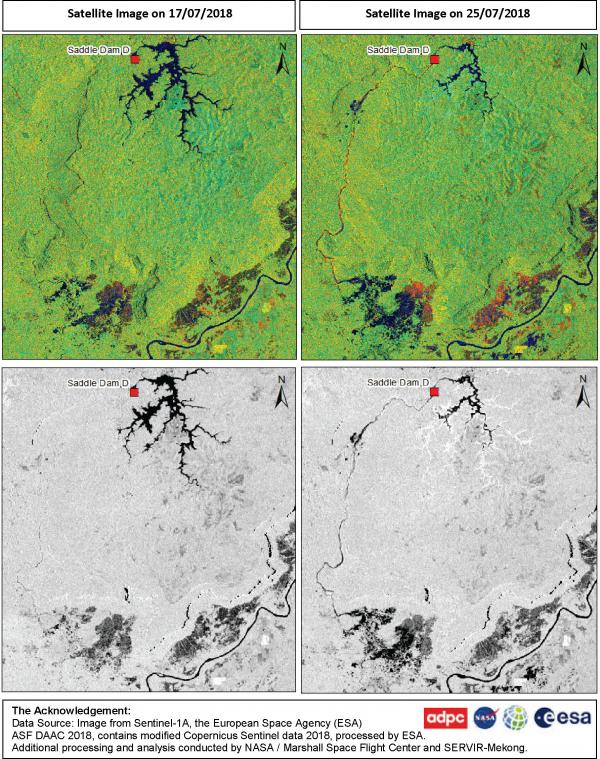 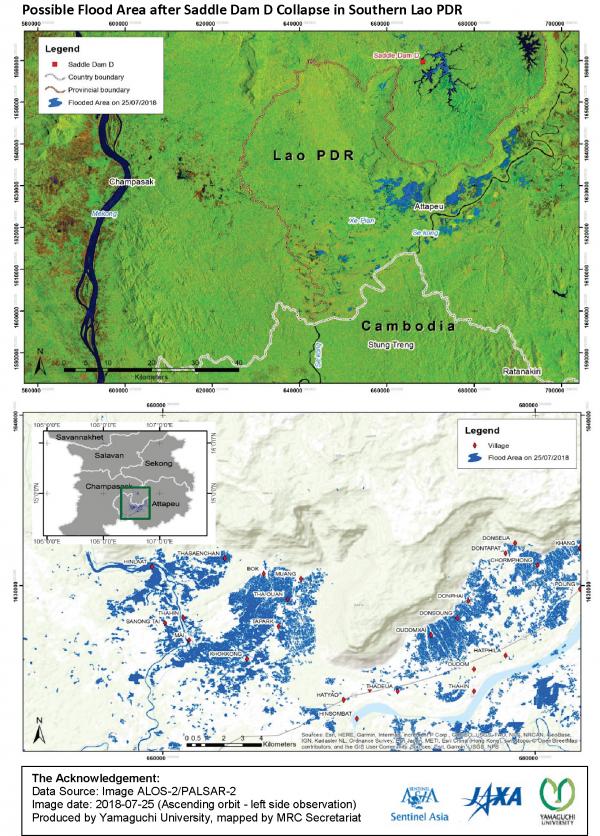 Remote Sensing Technology can be used to strengthen the decision support system to member countries in preparing for possible disasters and allocating relief supplies to assist in the emergency evacuation with recovery efforts.

According to MRC monitoring station in Siem Pang district (Stung Treng province in Cambodia) on the Se Kong River, the observed water level recorded automatically in 15-min interval, there was an increase by approximately more than 4 meters from 8.39 m at 3:15 PM on 22 July to 12.47 m at 2:00 PM on 27 July 2018. It is caused by heavy rains and then later by large amount of water released from Saddle dam D.

Initial and preliminary analysis for the extent of the water level rise in Stung Treng due to the dam break shows about 20 cm compared to normal condition. Why?

The flows at Stung Treng are dominated by:

The influent flows at Stung Treng and Kratie: 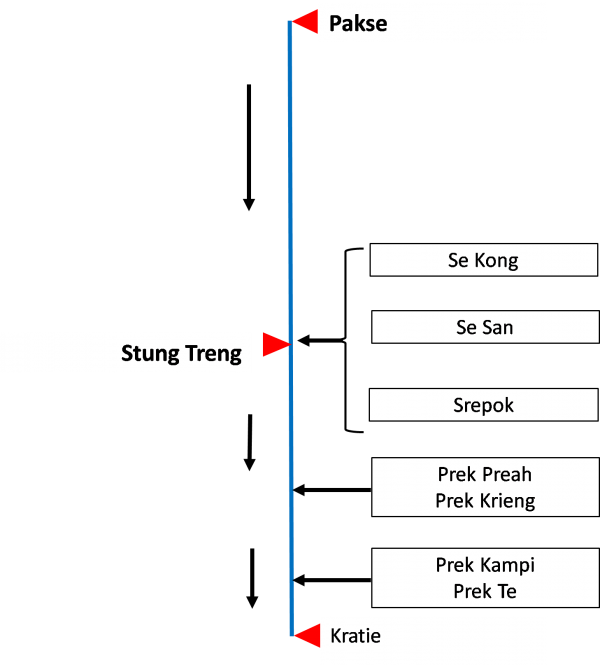 Since the Stung Treng Station is nominated by the Mekong inflow upstream, the direct inflow from Paske has strong connection with its downstream part. If normal condition flow at Stung Treng was based on the actual flows at Pakse, the correlation between Pakse and Stung Treng was developed, and the increased volume during the dam break (critical condition) was calculated based on this correlation.

The water level of normal and critical conditions at Stung Treng from 24th to 27th July are showed in Table 1.  Table 2 showed the increased water volume at the same period.

Table 1. The water level of normal and critical condition at Stung Treng

Table 2. The increased water volume of the critical condition at Stung Treng

With these results, it is noted that: 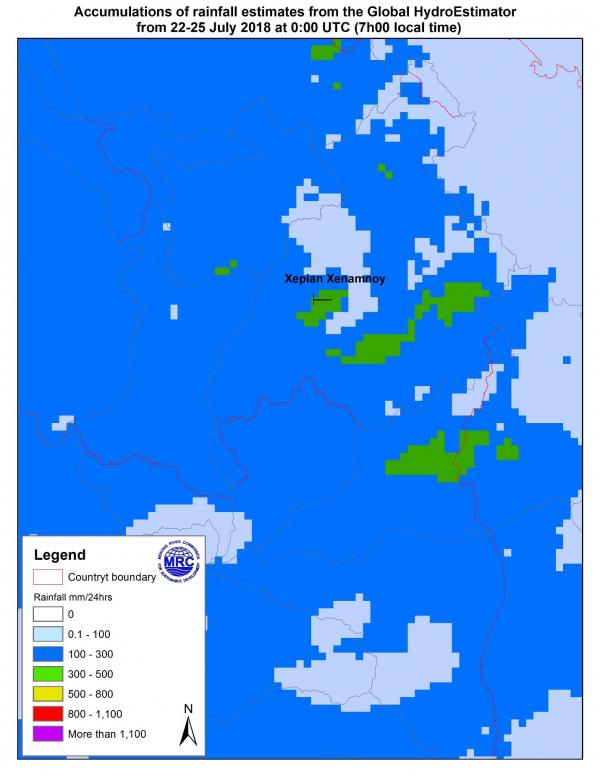 Accumulation of Rainfall Map based on data from Global Hydro-estimator, cover the Xe-Pian Xe-Namnoy 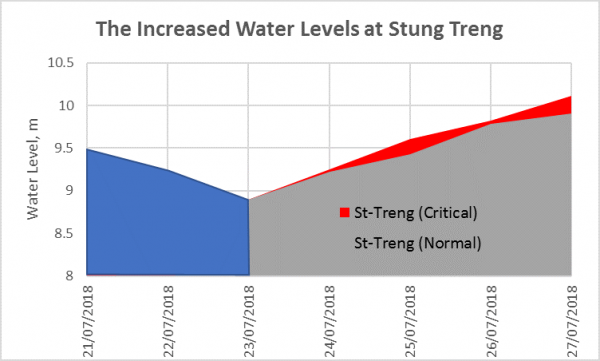 The increased water level at Stung Treng, during the Dam break from Xe-Pian Xe-Namnoy Hydropower

China has agreed to provide the Mekong River Commission (MRC) with year-round hydrological data, contributing to better river monitoring and flood and drought forecasting in the Mekong countries.