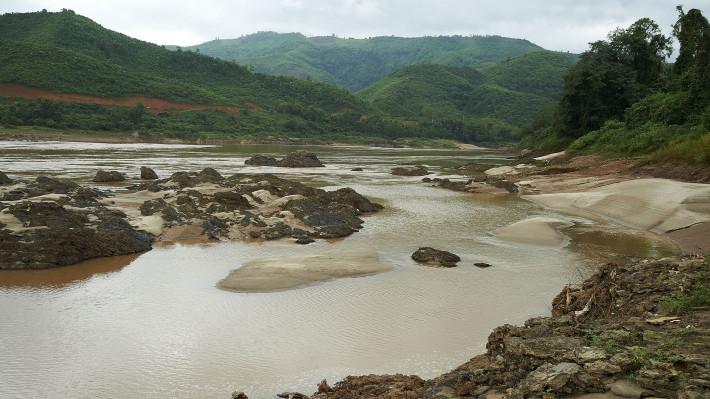 Vientiane, Lao PDR, 19 November 2019 – Severe to extreme drought is expected to hit countries in the lower Mekong basin from now until January 2020, warns the Mekong River Commission. Thailand and Cambodia would be hardest hit compared to Lao PDR and Viet Nam.

Preliminary analysis of MRC’s data has shown that the draught is caused by insufficient rainfall during the wet season with a delayed arrival and earlier departure of the monsoon rain and an El Nino event that has created an abnormally high temperature and high evapotranspiration.

During a normal year, the monsoon rain usually starts in late May and ends in October. But this year, it began almost two weeks late and departed about three weeks earlier.

“This year’s prolonged dry weather condition can possibly adversely impact agricultural and crop production. The issue of water shortages for consumption could also come into play as the drought persists,” said Dr. Lam Hung Son, the MRC Secretariat’s Head of Regional Flood and Drought Management Center, who led the analysis.

Using a three-month timeframe, the analysis looked at both the probability and degree of drought and rainfall occurrences compared with historical data called the standardized precipitation index (SPI), and the degree of dryness of the top soil layer known as the combined drought index (CDI) in the four MRC Member States: Lao PDR, Cambodia, Thailand and Viet Nam.

Drought forecast for the lower Mekong Basin over three months from November 2019 to January 2020, showing that Thailand and Cambodia would be hardest hit, especially in December.

The result has shown that the lower Mekong basin would face with both a meteorological drought – a situation when dry weather patterns dominate certain areas for a period of time – and an agricultural drought, a situation when crops may become affected.

During the third and fourth weeks of November, the vast majority of the lower Mekong basin parts are expected to be impacted. The drought condition is forecast to worsen from December to early January 2020, with most parts of the basin having little to no rain. The north and northeastern regions of Thailand comprising Chiang Mai, Loei, Nongbua Lamphu, Udon Thani, Khon Kaen, Chaiyaphum, Sakon Nakhon, Nakhon Ratchasima, Buriram, Maha Sarakham, Surin, and Sisaket, and Cambodia’s northeastern part including Oddar Meanchey, Preah Vihear, and Siem Reap would be affected the most.

Parts of central and northern Lao PDR comprising Vientiane, Xaysomboun, Xayaburi and Luang Prabang would also be impacted but less severe. Although with no indication of drought in Viet Nam’s Mekong Delta, saltwater intrusion may be an issue that could do some harm to the agriculture.

In fact, the 2019 drought has brought the Mekong water levels to their lowest points in at least 60 years. Most parts of the basin have been experiencing an exceptionally regionally low flow since June.

However, the drought condition is forecast to become gradually better from the second week of January as a slightly wetter condition is anticipated.

Next week the MRC Council – the highest, ministerial body of the organization – will meet and discuss the drought issue at their annual gathering in Cambodia’s capital Phnom Penh. The Council is expected to approve a Drought Management Strategy as part of the ongoing effort to address much needed mitigation measures and information sharing and dissemination mechanisms around drought.

In the coming weeks, the MRC and Lancang Water Resources Cooperation Center will also kick off necessary preparation to conduct a joint study on the situation both sides have discussed. The study aims to recommend actions in terms of enhanced data and information sharing, better communication and coordinated reservoir operations.

The news is available in Khmer, Lao, and Vietnamese.