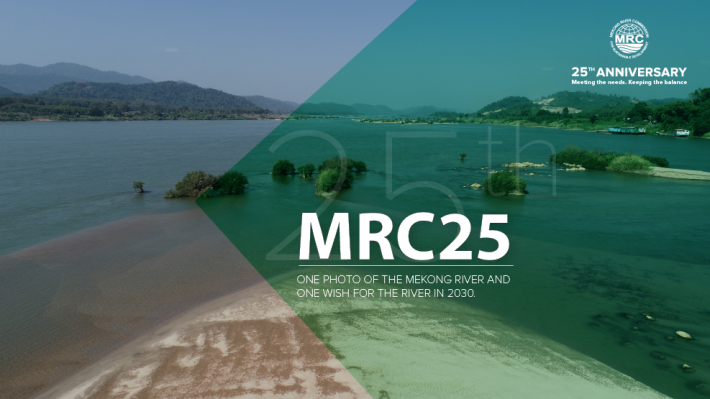 Vientiane, Lao PDR, 16 March 2020 – The Mekong River Commission has launched a social media campaign in which all nationalities can enter and stand a chance to win different prizes.

The campaign, entitled MRC25, aims to celebrate the 25th Anniversary of the MRC – the day that marks the birth of the Commission when Cambodia, Lao PDR, Thailand and Viet Nam signed on 5 April 1995 the Mekong Agreement. It is also to seek entries that depict people’s dreams and visions of the kind of the Mekong River that they would like to have in 10 years from now.

“Through this short campaign we hope to hear messages that can be used as an inspiration, a call to action, for the MRC and for all of us to continue protecting and managing the river in the most practical and effective way in this changing context,” Dr. An Pich Hatda, Chief Executive Officer of the MRC Secretariat, says.

The Mekong River basin, according to the MRC’s latest State of the Basin Report, has been under increasing pressures from developments and climate change. It has experienced a continuing loss of wetlands, increasing temperatures, deterioration of riverine habitats, and reduction in fish catches and sediment transport that is threatening agricultural yields and livelihoods of 65 million people living in and depending on the river.

Published in October last year, the report calls for an urgent, more proactive regional approach to basin planning and management to address the challenges before further losses happen. 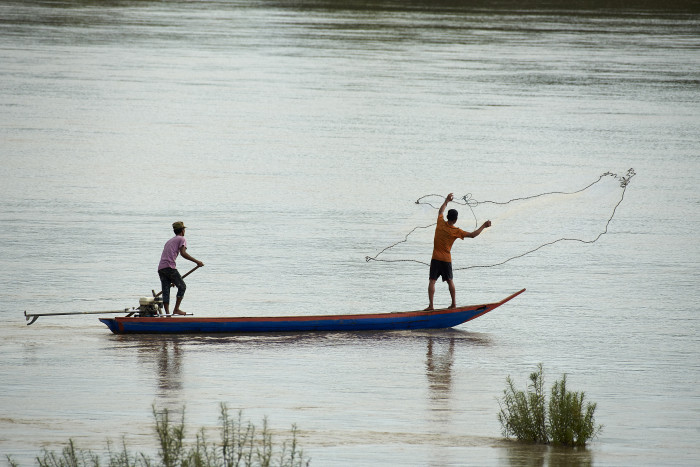 A fisherman is throwing his net into a section of the Mekong River in Pakse, Lao PDR.

To join this campaign, Facebook users are required to post their photo of the Mekong River, along with their wish about the River they want to see in 2030. The post and wish can be written in any language, but must be made in a public mode, with two hashtags: #MRC25 #MekongRiverCommission.

The contestants, who must already be the fans or followers of the MRC’s Facebook page, are required to submit a link of their post to the Commission’s Facebook page via a private message. The campaign will accept submissions up to 27 March 2020.

All the entries will be displayed at the celebration of the 25th Anniversary of the MRC, slated for 3 April 2020 in the Lao capital city Vientiane, where high-level government officials from the four Mekong countries, and representatives from diplomatic corps and development partners will attend. These photos and wishes will continue to be displayed for public viewing at the Headquarters of the MRC Secretariat in Vientiane, until the end of this year.