Vientiane, Lao PDR, 31 March 2016 – A comprehensive study on sustainable management and development of the Mekong River has completed its first phase and will move into the second phase later this year with the aim of completing it in 2017, as representatives of the four Mekong countries agreed on the next course of actions at a regional meeting in Vientiane at the Mekong River Commission Secretariat. 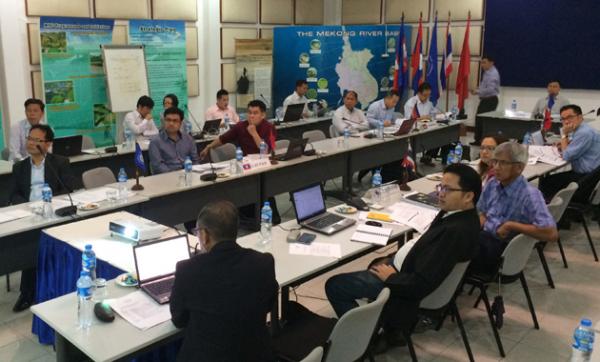 The Study on Sustainable Management and Development of the Mekong River including Impacts of Mainstream Hydropower Projects, so-called Council Study, was commissioned by the MRC’s highest body Council back in late 2011. It aims to close important knowledge gaps on how different water resources developments including mainstream hydropower will impact the river basin environmentally, economically and socially.

During the regional meeting, the representatives discussed the way forward and agreed to take a number of steps during the next transition period to prepare for the second phase of implementation.  The member countries agreed to establish a new implementation arrangement that is compatible with the new MRC organizational structure, and to reprioritize the remaining scope of work to be compatible with the budget available.  During the second phase, the study team will assess the various development scenarios for the several thematic sectors.

The results of the study are expected to enhance the basin development planning process and promote capacity building among the MRC’s member countries of Cambodia, Lao PDR, Thailand and Viet Nam.