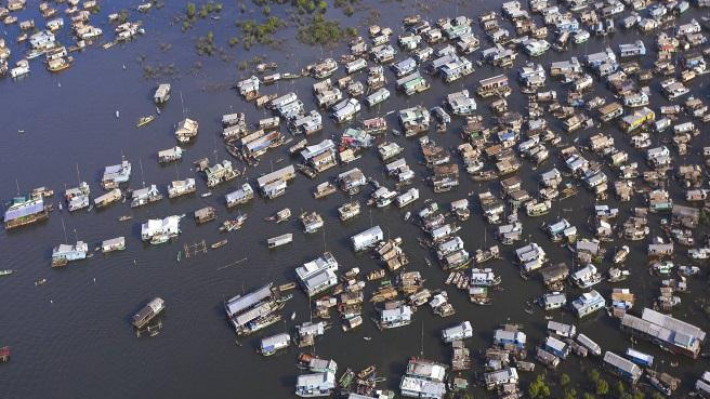 Vientiane, Lao PDR, 24 October 2019 – Cambodia and Thailand have launched a second phase of their joint project on transboundary cooperation for flood and drought management for the Tonle Sap sub-basin (9C/9T) to continue building a better understanding and management of water resources and addressing economic and social development challenges in the two countries.

The announcement was made in Vientiane early this month as officials from the two countries met to discuss the project. 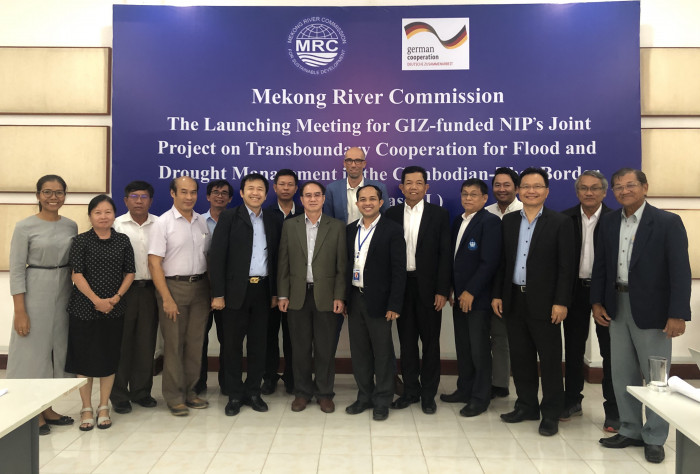 Officials from Cambodia and Thailand pose for photo at their meeting in Vientiane.

“Flood and drought around the Tonle Sap sub-basin in Cambodia and Thailand remain our challenges in terms of economic and social aspects. We need to continue addressing them so that our local governments and communities could minimize risk while maximizing benefits,” Mr. Bountieng Sanaxonh, MRC Secretariat’s Planning Division Director, told the meeting.

He added that countries in the lower Mekong basin often face problems of having too much water in the flood season and too little in the dry season.

An average annual cost of the repercussions of floods in the lower Mekong basin is estimated at US$60 – 70 million, while an average of annual value of flood benefits is approximately US$8 – 10 billion. In fact, millions of fishers and farmers in the Mekong Basin, especially those in the floodplains and delta areas, depend on the annual flood, sediments and river-borne nutrients to sustain wild fisheries and agricultural productivity.

Recent MRC studies also show that drought events in the lower Mekong basin have increased in frequency and severity in the past decades. The latest drought in 2016, for example, broke the MRC 100-year historical record for Mekong water scarcity, high temperature and severe levels of salinity intrusion in Mekong Delta. The impacts brought serious economic losses to Thailand, estimated at US$1.7 billion. In Cambodia, 2016 drought was causing water shortages in 18 out of 25 provinces, with 2.5 million people lacking water.

Running for two years during 2020 – 2021, the joint project aims to build concrete transboundary joint action plans to address problems associated with social and economic development stemming from flood and drought. The project is a part of National Indicative Plans of the two countries to implement the Mekong Basin Development Strategy – a cooperative plan toward joint efforts to address national, cross-border and regional needs, challenges and opportunities

“We see the value and importance of the project. While flood and drought pose challenges, they provide opportunity for Mekong countries such as Cambodia and Thailand to work closer together,” said Dr. Bertrand Meinier, MRC-GIZ Cooperation Program Director, adding that Germany is pleased to be part of the solution.

During the first quarter of 2020, the two countries will develop and finalize the project’s detailed work plan and milestone as the project takes off.

During the first phase that ran from 2018 to 2019, the two countries have developed a comprehensive joint assessment of flood and drought risks in this sub-catchment and its mitigation master plan that includes measures to address the risks. GIZ has also backed this project.