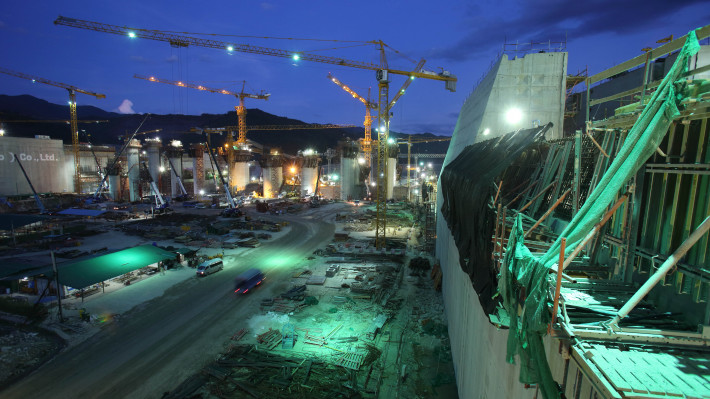 The MRC developed the Preliminary Design Guidance for Proposed Mainstream Dams in the Lower Mekong Basin (PDG) in 2009 in response to the imminent development of several hydropower dams on the mainstream and in the absence of any available regional guidance for developers and member countries on risk mitigation.

To date the PDG2009 has formed the basis for the Procedures for Notification, Prior Consultation and Agreement (PNPCA) submissions made by MRC Member Countries (MCs) and assessments made by the MRC experts of three mainstream dams: Xayaburi (1285MW, 2011); Don Sahong (260MW, 2014); and Pak Beng (912MW, 2017).

During these assessments, it became clear that there are gaps in the PDG2009 that need to be filled and also areas of ambiguity that need to be clarified. In addition, the question of the applicability of the PDG to significant tributary projects that may have transboundary impacts has been raised.

As presented in the December 2017 Regional Stakeholder Forum, the purpose of the updated PDG2009 is to provide contemporary, research based performance targets and design and operating principles for mitigation measures, monitoring and adaptive management. The design guidance aims to ensure that:

The intention is that the (P)DG2018 standards remain appropriate for development that may take place in the next five to ten years.

Other considerations that guided the update process were:

The final draft (P)DG2018 needs to be complete by mid-August 2018, ready for distribution to the Joint Committee (JC) for consideration at its 48th Meeting in August 2018. During January-February 2018 the project team was mobilised and gathered inputs from Member Countries and hydropower developers. Comments from the Regional Stakeholder Forum in December 2017 were also reviewed by the team. A first draft was developed for internal MRCS review in April 2018; a second draft was discussed at National Consultations and during a meeting with developers in May 2018; and the third draft will be reviewed by MRC Member Countries during an MRC Regional Consultation in early August 2018, before developing the final draft (P)DG2018 for submission to the JC.

In an effort by the MRCS CEO to ensure meaningful broader stakeholder engagement in this review and updating process, the third draft (P)DG2018 is available for comment during 27 June – 18 July 2018 to any interested member of the public. It should be noted that all efforts will be made to address all comments. Ultimate decision-making, however, rests with the four MRC Member Countries. If you are interested to comment on the current draft document, please send an email to Mr. Palakorn Chanbanyong (palakorn@mrcmekong.org) for receiving a copy and further details or call the Secretariat at +856 21 263 263.